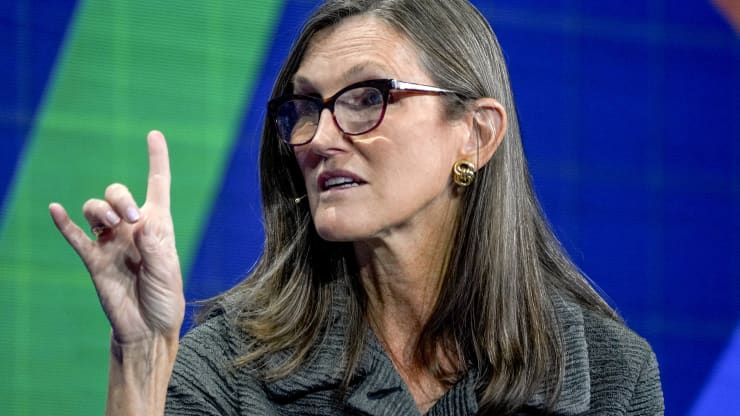 Shares of ARKK Innovation ETF (ARKK:NASDAQ) fell by almost 6% in Tuesday’s trading as CEO Cathie Wood said that the U.S. is already in an economic downturn. Wood walked back her earlier comments, admitting that she underestimated the severity and lasting power of inflation.

She had previously stated that the economy was experiencing deflation, not inflation. The disruptive innovation-focused investor said inflation has turned out to be hotter than she had expected due to supply chain disruptions and geopolitical risks.

In an interview on CNBC’s “Squawk Box,” Wood said “We think we are in a recession. We think a big problem out there is inventories… the increase of which I’ve never seen this large in my career. I’ve been around for 45 years. We were wrong on one thing and that was inflation being as sustained as it has been.

“Supply chain … Can’t believe it’s taking more than two years and Russia’s invasion of Ukraine of course we couldn’t have seen that. Inflation has been a bigger problem but it has set us up for deflation,” Wood said. The CPI figures for May showed that inflation had risen to 8.6%, its highest level since December 1981.

Wood said consumers are feeling the rapid price increases, reflected in sentiment data that’s fallen to record lows. She pointed to the University of Michigan’s Surveys of Consumers, which showed a reading of 50 in June, the lowest level ever.

Cathie Wood became a cult hero in 2020 for a generation of investors raised on the mantra that stocks only go up, but this year has been a swift and painful reality check for her Ark Invest and its loyal disciples.

The popular investor has had a tough 2022 as her disruptive technology darlings have been among the biggest losers this year in the face of rising interest rates. Her flagship active fund Ark Innovation ETF is down a whopping 52% year to date, falling 66% from its 52-week high.

The firm’s assets under management in all of its ETFs declined from a peak of more than $60 billion in February 2021 to $16 billion by the end of April. A sharp contrast to 2020, when holdings in her fund went from $2bn to about $28bn in less than a year.

Even as the fund’s losses deepened, Woods stuck to her investment strategy and doubled down on names such as Zoom (ZM:NASDAQ) and Roku (ROKU:NASDAQ). Last December, she predicted that Ark would return 40% annually over the next five years.

This confidence was further exemplified by Wood’s increment of her equity ownership in ARK. 97% of ARK employees recently increased their personal ownership stakes in the firm, highlighting their conviction in our belief that ARK is on the right side of change and that we and our investors will be rewarded handsomely.”

It appears that sentiment is slowly changing for the battered fund ridiculed by Wall Street for sticking to its investment model in the face of the Fed-induced market sell-offs. ARKK has had more than $180 million in inflows in June, according to FactSet.

Bloomberg also reported that in the last 8 days, investors poured $639m into her fund. Wood said her clients are mostly sticking with her and new money is coming in as investors seek diversification in a down market

“I think the inflows are happening because our clients have been diversifying away from broad-based benchmarks like the Nasdaq 100,” Wood said. “We are dedicated completely to disruptive innovation. Innovation solves problems.”

Earlier this month, ARKK shares traded as low as $36.58 per share, just a few percentage points above its pandemic low of $34.69.