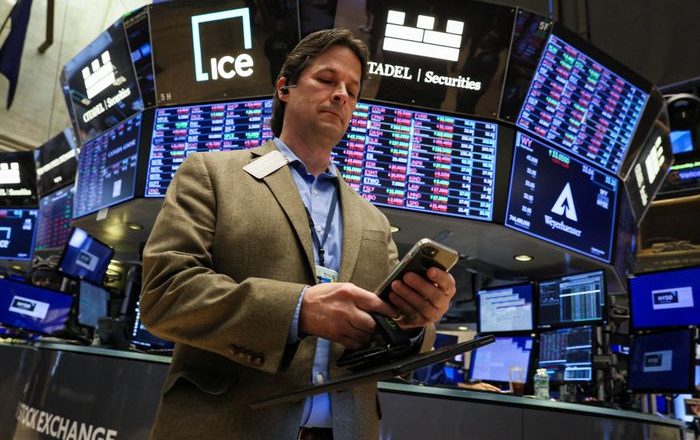 Tech stocks advanced amid a second day of testimony from Federal Reserve Chairman Jerome Powell after he warned that rapidly rising interest rates threatened a recession. Nasdaq, the index used by investors to gauge the price action of tech stocks gained 179.11 points, or 1.6%, to 11232.19. shares of Apple (APPL:NASDAQ), Amazon (AMZN:NASDAQ), Netflix (NFLX:NASDAQ), and Meta (META:NASDAQ) all posted gains in Thursday’s trading session.

However, the semiconductor space was found lagging as the sector could not replicate the rally in other tech sectors. Shares of Nvidia (NVDA:NASDAQ) and Advanced Micro Devices (AMD:NASDAQ) finished 0.83% and 1.58% lower. Others like Taiwan Semiconductors (TSMC:NASDAQ), Micron Technology (MU:NASDAQ), and Qualcomm (QCOM:NASDAQ) also closed with losses. Intel was however able to post a sparse gain of 0.8%.

The drop in semiconductor stocks comes on the heels of a warning from Intel. The chip manufacturer told U.S. lawmakers and officials that it is delaying indefinitely the groundbreaking ceremony for a planned multibillion-dollar chip-manufacturing facility in Ohio, signaling frustration over uncertainty in Congress about legislation that would provide support for the U.S. chip industry.

Intel (INTC:NASDAQ) informed the office of Ohio Gov. Mike DeWine and members of Ohio’s congressional delegation on Wednesday that it was delaying the groundbreaking “due in part to uncertainty around” the chips-related legislation, known as the Bipartisan Innovation Act.

The drop in the price of cryptocurrencies could also be putting pressure on a select number of semiconductor stocks. Cryptocurrencies have shed about two-thirds of their total market capitalization since reaching a high in November 2021, and even dominant virtual currencies like Bitcoin have seen prices plunge below $20,000.

As cryptocurrency prices have plunged, so has the price of graphics cards. Graphics processing units (GPUs) have been used in the process of mining virtual currency tokens and have been in short supply at times during the crypto boom leading to higher revenue for companies.

However, following the slump in cryptocurrencies, interest from crypto investors and enthusiasts would wane as they turn to other safe assets. Already two of the major players in the graphics card market, AMD and Nvidia, have seen (GPU) prices fall well below the manufacturer’s suggested retail price.

Investors have mostly shed riskier assets like tech stocks in recent days, prompted by growing concerns that efforts by the Federal Reserve to bring inflation under control will take a toll on the economy. Investors are growing less optimistic that the Fed can engineer a so-called soft landing, where interest rates rise to curb inflation without pushing the economy into a recession.

During Thursday’s testimony before the House Financial Services Committee, Federal Reserve Chairman, Jerome Powell said the central bank would be reluctant to cut interest rates until there is clear evidence inflation is coming down. Mr. Powell acknowledged those risks in two days of testimony to lawmakers, saying that a recession was possible and that a soft landing would be “very challenging.”

Albeit, the gloomy picture painted by the Fed Chair did not dampen investors’ appetite for risk assets on Thursday. Investors are swooping in on high-value tech stocks with strong fundamentals whose current prices seem like a bargain. But there is little to suggest that the rally is sustainable given the current macro-economic outlook. Inflation has hit its highest level in four decades, and the Fed has indicated that it would do all it takes to rein rising prices.

The latest hike in interest rate was by 75 basis points, with analysts projecting another hike by the same measure in July. Given that there are more rate hikes scheduled into 2023, there is a very strong indication that this rally in tech stocks would be brief. Albeit, all eyes would be on the second-quarter earnings of tech companies to provide clarity on the effect of inflationary pressures and the market’s direction.