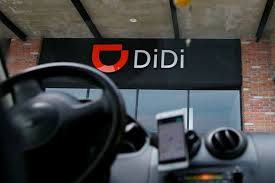 Shares of Chinese companies sunk lower as investors are becoming more wary of Beijing’s hovering shadow and what it would mean for the growth of U.S-listed Chinese companies. Shares of ehailing company, Didi Global (DIDI:NYSE) sunk by about 20% in trading after Chinese regulators announced a cybersecurity review of the ride-hailing company late Friday. The move comes less than a week after Didi went public on the New York Stock Exchange.

Didi is one of the trio which has come under Beijing’s sickle as the Asian country steps up its regulations against technology companies. Two other U.S listed Chinese companies, Full Truck Alliance (YMM:NYSE) and Kanzhun Limited (BZ:NYSE) also saw their shares plummet by 17% after coming under scrutiny from Chinese regulators. The three companies had raised close to $7 billion in total from U.S. initial public offerings in June, and their shares rose upon their trading debuts.

Chinese regulators are worried that data from these companies could be accessed by foreign interests and so endanger national security. For example, the map on Didi’s app can be used to pinpoint critical infrastructure in the country. Regulators believe that information from the apps would give the U.S sensitive information about China. Didi in particular was told to delay its U.S. public listing. The company denied any knowledge of the Cyberspace Administration’s warning before its listing.

The rout which followed the announcement by Beijing has spilled over to other U.S listed stocks of Chinese companies, which equally slumped on the news. Shares of Baidu (BIDU:NYSE), Pinduoduo (PDD:NYSE), and JD.com (JD:NYSE) fell by 2%. Others such as Tencent Music (TME:NYSE) fell more than 8%.

The increased scrutiny and tighter regulations being placed by Chinese authorities are beginning to leave a sour taste as investors are coming to terms with the risk associated with owning stocks of Chinese companies.

The latest regulatory assault is also forcing Chinese companies to have a rethink about listing on U.S. stock exchanges. Despite the simmering tension between the United States and China which have escalated into political, trade, and proxy military tensions, Chinese companies still troop to the U.S to have their stock publicly traded.

Listing in the world’s largest, most active, and deepest capital market gives Chinese companies more international name recognition and opens up the company to a more diverse group of investors. However, with growing concerns over data privacy from Beijing, coupled with rising tension between both superpowers, many Chinese companies may be forced to take a detour to other ‘friendly’ exchanges in Hong Kong or Singapore to avoid backlash from Beijing.

The U.S. is also stepping up pressure and scrutiny on Chinese stocks.

In May, two senators, Marco Rubio (R) and Bob Casey (D) proposed a bill to ban IPOs of Chinese companies that don’t comply with U.S. regulations. In June, President Biden banned U.S investment in companies linked to the Chinese military. This was an expansion of an earlier order issued by his predecessor, Donald Trump. The latest scrutiny of Didi and the other two companies would definitely be a game-changer in the way investors in the U.S market perceive stocks of Chinese companies.