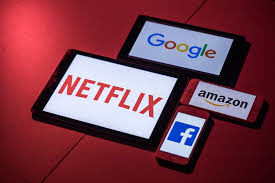 In the first half of 2021, tech stocks lagged the broader market.

Shares of Apple (APPL:NASDAQ), Tesla (TSLA:NASDAQ), Netflix (NFLX:NASDAQ), and Zoom (ZM:NASDAQ) failed to replicate the rally of the previous year. Apple shares slipped by 25%, Tesla cratered by over 50%, while Zoom plunged by 30% from their 2021 highs.

Only Facebook (FB:NASDAQ) and Google (GOOG:NASDAQ) from the famed FAANG gang were able to post decent performances in comparison to the broader market in the first quarter of this year.

Impressive earnings didn’t seem to impress investors. For example, shares of Twitter dropped by 12% after the company’s earnings call which saw the social media platform beat estimates by 5%.

Inflation fears and the possibility of the Fed raising interest rates also amplified the sell-off in the tech sector. Higher interest rates imply that cash is more valuable in the present than in the future. Because the share price of tech stocks (like growth stocks) reflects future earnings discounted for present value.

When rates rise, this hurts the price action of these stocks because the future earnings are less valuable. As such, it was not surprising to see tech stocks fall out of favour with investors when the 10-year Treasury Bond spiked by as much as 1.7%. Investors trooped to value stocks – cyclical companies better positioned to benefit from rising rates and a reopening economy.

However, since the red hot CPI data that was released on May 12th which saw inflation increase by as much as 5%, tech stocks have staged a resurgence.

Financials, energy, industrial, and materials – sectors which should be benefitting from the reopening and rising interest rates- have been trending downwards.

Even the Fed’s recent hawkish stance where the central bank brought forward its timeframe for raising interest rates by a year, did little to halt the surge in technology stocks.

This month alone, the Nasdaq, an index that analysts and industry watchers use to gauge the pulse of technology stocks is up by 3.8%. The index rose to a new all-time high on June 23rd, its 16th new high for the year.

Firstly, investors realized that the Fed is yet to change the core of its message – transitory inflation. Since the possibility of raising interest rates is two years away, investors are willing to risk more bets on proven winners.

Secondly, while the energy and financials sectors have returned about 23% this year, tech stocks have only managed a 10% return according to data from Bloomberg. As such, tech stocks look relatively cheaper when compared to value stocks.

Thirdly, when compared to value and cyclical stocks, tech stocks tend to outperform in the long term.