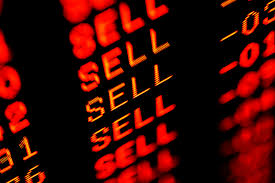 Mounting uncertainty about the pace of global recovery slowed the rally in stocks, as all indexes finished in the red.

Investors anticipating that a major shutdown in the global economy could be looming started selling off their positions to rotate into the safety of treasury bonds. The 10-year Treasury note slumped to its lowest point since February driven by higher demand as the yield went down to 1.25%.

The Cboe Volatility index (VIX), widely regarded as the market’s fear gauge, spiked above 20 basis points. The volume of puts in the market has also increased to its highest level in the last two years according to data from CNN’s fear-greed index. Data from the McClennan Volume Summation Index – a breadth indicator which measures the volume of declining and accelerating trades in the market -suggests that in the last month, there has been a 10.3% increase in the volume of declining issues (sell-offs) as against advancing issues (buy-ins), thus bringing the indicator to its lowest level in last two years. All this indicates that fear and pessimism are creeping back into the market.

Though the risk-off trade in the market seems somewhat expected, investors remain bemused about the movement in the 10-year treasury yields. Despite rising inflation and the reopening of the economy, bond yields continue to slump. Even sectors such as financials and cyclicals which ought to benefit from rising inflation and the reopening economy have been trailing the market lately.

Shares of Cruise lines such as Carnival (CCL:NYSE), Norwegian Cruise Line (NCHL:NYSE) and Royal Caribbean (RCL:NYSE) all dropped by more than 1% each. United Airlines (UAL:NYSE) and Delta Air Lines (DAL:NYSE) each fell by more than 1%. Retailers such as Nordstrom (JWN:NYSE) dipped nearly 3%, while Home Depot (HD:NYSE)and Lowe’s (LOW:NYSE) both fell 1.5%.

One metric which could be used to explain this is the continued labor shortage and supply-chain bottleneck being experienced in the United States and around the world.

The weekly jobless report came in unexpectedly higher at 373,000 jobless claims, against 350,000 which economists were expecting. Many believe that this is a sign of a slowing economic recovery. Added with the spread of the Delta variant, this created the perfect condition for sell-off in the market.

There is little doubt that the economy has accelerated at a faster pace than expected.

The issuance of stimulus checks and the impressive vaccine rollout program have quickened the pace of economic recovery. This is exemplified by the bullish call on the market by major Wall Street banks which have set a minimum target of 4,500 basis points for the S&P 500. If we also take into account that indexes have been flirting with record highs in the last one month, then a broad-based pullback is to be expected.

Whatever the case may be, it is obvious that investors are taking a more cautionary approach to the market. How long this risk-off approach may persist is yet to be seen.