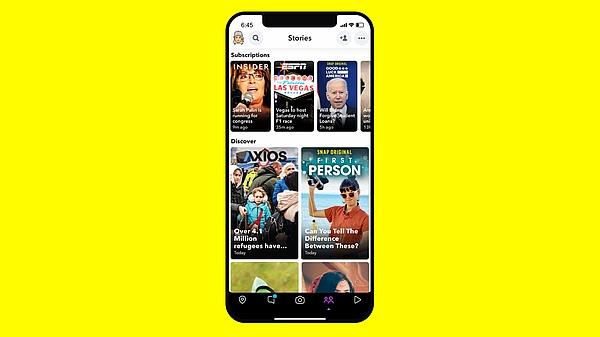 Social-media company Snap Inc. (SNAP:NASDAQ) lost $9.68, or 43%, to $12.79, its largest percentage decline on record. The company issued a profit warning Monday and said it planned to slow hiring and spending. The stock price has tumbled 85% from its September 2021 all-time high.

Snap issued a profit warning Monday and said it planned to slow hiring and spending, adding to adjustments social-media companies are making to adapt to disruptions in the digital ad market. The company said it is grappling with a range of issues, from rising inflation to Apple Inc.’s privacy policy changes to the impacts from the war in Ukraine and other factors.

“There is a lot to deal with in the macro-environment today,” Chief Executive Evan Spiegel said Monday at a JP Morgan Chase & Co. (JPM:NYSE) conference. Conditions have deteriorated “further and faster” than expected since the company issued its guidance for the current quarter, he said.

Snap’s profit warning comes after the company fell short of its own sales forecast for the first quarter. The three-month period was “more challenging than we had expected,” Mr. Spiegel said last month.

Other notable decliners in the ad-tech space include, Trade Desk (TTD:NASDAQ) which sank 19%, fuboTV (FUBO:NYSE) lost 7%, and Magnite (MGNI:NASDAQ) lost 13%. Bloomberg reports that the rout in social media stocks wiped off more than $135 billion in market value.

The tech-focused Nasdaq Composite declined 2.3% after it ended Monday up 1.6%. The Nasdaq, down 28% so far this year, has been hit harder than other major U.S. indexes. The broad-based S&P 500, by comparison, is down 17%.

The decline in Snap is confirmation that the market has very little tolerance for higher-growth, long-duration companies with more volatile profitability in a risk-averse environment. Bets on tech stocks have unraveled this year, punished by the Federal Reserve’s plan to raise interest rates to tame four-decade highs in inflation. The broader market has also pulled back because of geopolitical turmoil, inflationary pressures, and a worldwide economic slowdown.

Snap’s warning could signal that advertising spending may have peaked. Fears around inflation, interest rate concerns, continued supply chain issues, and the war in Ukraine have forced some advertisers and brands to rethink ad spending in the current quarter. Companies, including Snap, have been pressured into slowing hiring and cutting back costs in an effort to make up for losses.

Digital advertising is cyclical, but like all advertising, macro headwinds are very likely getting much harder. During tough economic times, advertising tends to be one of the first areas where businesses cut back.

User growth is another big focus for social media firms as they vie to attract new customers to target ads in an already saturated market. In February, Facebook-parent Meta posted the biggest one-day wipeout in market value for any U.S. company ever after saying that user additions stalled.

Snap’s profit warning is a reflection of an already deteriorating economic situation that is being pummeled by inflation. So far all the sectors in the market except Energy have been hit with a massive sell-off.

The S&P 500 flirted with bear market territory before staging a late comeback. However, there is skepticism that the rally would be sustainable as it could be a bull trap. Analysts like Wharton’s Jeremy Siegel are expecting a 5% downside before the market bottoms.