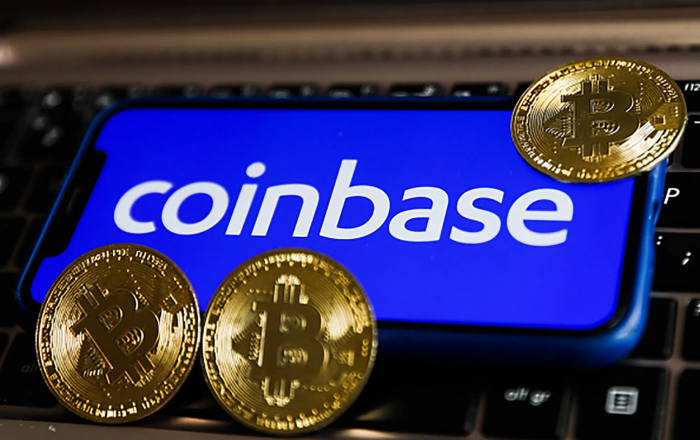 Shares of crypto exchange Coinbase (COIN:NASDAQ) rose slightly over 2% in Tuesday’s aftermarket after the company’s Q2 earnings were stronger than expected. Coinbase reported revenue of $2.23 billion surpassing the $1.78 billion Wall Street was expecting. The company’s profit for the quarter increased by almost 5000% on an annualized basis to $1.6bn. Coinbase declared earnings of $6.42 per share.

Coinbase added more assets for trading than in all of 2020. It now supports 83 assets for trading and 142 for custody. the company reported that trading patterns on its platform were diversifying away from bitcoin into Ethereum and other cryptocurrencies due to growth in the DeFi and NFT ecosystems. Coinbase also stated that it is providing services to Elon Musk, and his companies SpaceX and Tesla.

Coinbase did not give any guidance for the next quarter but indicated that it expected trading volume to be lowered compared to the second quarter. Wall Street is however expecting offered $7.76 per share and revenue of $6.29 billion for the full fiscal year. However, the crypto trading platform boosted its average monthly transacting users for the fiscal year.

Coinbase has largely been seen as a proxy to cryptocurrencies such as Bitcoin. This is evidenced from the stock performance which has largely tracked the performance of major cryptocurrencies like Bitcoin and Ethereum. While the prices of Bitcoin and Ethereum fell about 41% and 35% respectively during the quarter, the share price of Coinbase tumbled by 29% since it went public in April.

The drop in cryptocurrencies was sparked by a mining crackdown in China as well as skepticism over the cryptocurrencies’ acceptance in mainstream finance. There was also anxiety over the effect of mining activity on the climate, a narrative that has been strongly challenged by bitcoin maximalists. There are also concerns that cryptocurrencies are fanning the embers of criminal activities as shown from the cyber hacking incidences in which ransoms were paid in cryptocurrencies.

The crypto space is however showing signs of maturing as more institutional investors are adding cryptocurrencies to their holdings and giving clients the opportunity to add them to their portfolios. Goldman Sachs (GS:NYSE), JP Morgan (JPM:NYSE), and BNY Mellon (BNY:NYSE) have opened crypto trading desks and have permitted clients to start trading in them.

The number of businesses accepting payments in Bitcoin is also on the rise. AMC during its earnings call announced that it would start accepting payments in Bitcoin by the end of the year. Others such as Twitter have taken a similar stance seeing cryptocurrency as a big part of their future, while Tesla (TSLA:NASDAQ) Square (SQ:NASDAQ), and PayPal (PYPL:NASDAQ) hold bitcoin on their balance sheets.

However, despite these milestone achievements same regulatory risk remain for cryptocurrencies at large, and Coinbase specifically. The Securities and Exchange Commission Chairman, Gary Gensler, likened the cryptocurrencies to “the Wild West,”, hinting that the regulator may not be licensing any Bitcoin ETF soon.

On Monday, a bipartisan proposal submitted to Congress that sought to limit the scope of oversight in the cryptocurrency industry failed. The new proposal, which would have been an update to President Biden’s infrastructure bill, sought clarification on rules over who should be a crypto broker and who would need to report transactions to the Internal Revenue Service.