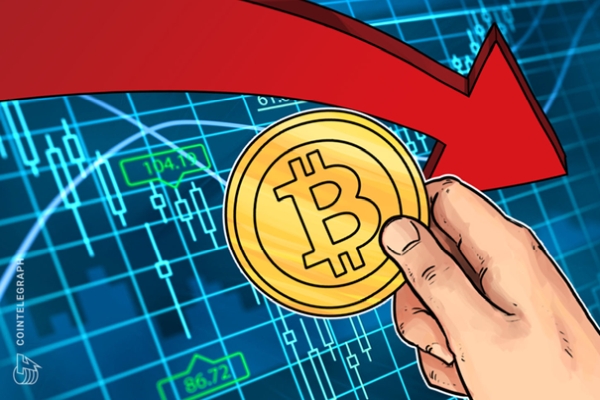 Coinbase Global is the most recent firm to follow an unorthodox path in becoming a public company.

An analysis of the biggest cryptocurrency exchange’s recent financial records reveals one more aspect that makes this company stand out from the crowd: it’s reaping massive profits.

Of the 130 organizations that became publicly-traded companies in the U.S. in 2020, up to 85% incurred losses afterwards. This information is based on data collected by Bloomberg, although it doesn’t include any real-estate trusts or IPO deals through special purpose acquisition companies (SPACs).

Coinbase, which has opted for the direct listing route as opposed to the traditional IPO listing, rose from the ashes, reaping a profit of $322 million in 2020. Its gross revenue was $1.3 billion, up from $533.7 million in the previous year.

This increment sheds light on the underlying tension persisting between the buy-and-hold ethos of those opposed to Bitcoin and the cryptocurrency exchange’s business model.

Statistics show that fees on the transactions on Coinbase’ exchange contributed to at least 96% of its revenue in 2020.

It means that the more that crypto traders transact on this platform, the more Coinbase thrives. This is certainly one of the conclusions we can draw from Coinbase latest financial statements.

According to the firm’s latest filing with the Securities and & Exchange Commission, verified users increased by 34% to end at 43 million by the end of last year.

Similarly, users transacting on the platform on a monthly basis increased by 180% to reach 2.8 million.

A significant portion of its net revenue came from trades in Ethereum and Bitcoin.

Looking at the most recent private transactions that Coinbase has had, the firm’s shares have changed hands in such a way that has boosted its value. So much so that it’s about to hit the $100 billion mark in valuation.

If this is true, it makes it one of the largest organizations to become a publicly-traded company since Facebook (FB.Q).

The concept about Coinbase going public is a game-changer in the industry. It marks a major turning point on the journey of crypto currencies being considered a mainstream asset class.

This also shows a bit of transparency into the more hidden corners of the crypto exchange market.

When filing with SEC, Coinbase highlights a comprehensive investigation carried out by the Commodity Futures Trading Commission, which had been going on since 2017.

The company explains how it was subpoenaed by the Treasury Department’s Office of Foreign Assets Control and attorneys general of California and Massachusetts.

Coinbase said that it will be sharing the exact details over Twitter, LinkedIn and YouTube. By disclosing these details, Coinbase will also likely have to include CEO Brian Armstrong’s account.

The exchange’s plan to go public comes at a time when Bitcoin is booming. It traded at a record-high figure of $57,355 just 5 days ago. This translates to a gain of over 400% over the past 1 year alone.

One thing that has helped cryptocurrencies stay afloat is the monetary and fiscal stimulus given to combat the economic downturns brought about by the coronavirus pandemic.

The aspect of cryptocurrencies being acknowledged as a store of value by major corporations- like MicroStrategy (MSTR.Q) and Tesla (TSLA.Q) – has also worked in their favor.

To add to that, a good number of investors, including Cathie Wood, the mastermind behind Ark Investment Management’s creation, are bullish.

Speaking in an interview, Cathie pointed out that Bitcoin has the potential to hit the trillion-dollar mark in market capitalization.

This does not necessarily mean that Coinbase’ path to an IPO is risk-free. In fact, one of the risks this company faces is the volatile nature of the crypto market.

There’s also a possibility of Coinbase facing competition from decentralized exchanges, which allow individuals to trade coins without going through an intermediary.

But the company is hopeful that its IPO will be a huge success. Coinbase Armstrong remarked that one of their main goals is to find solutions to problems in the current financial system and “create more economic freedom.”