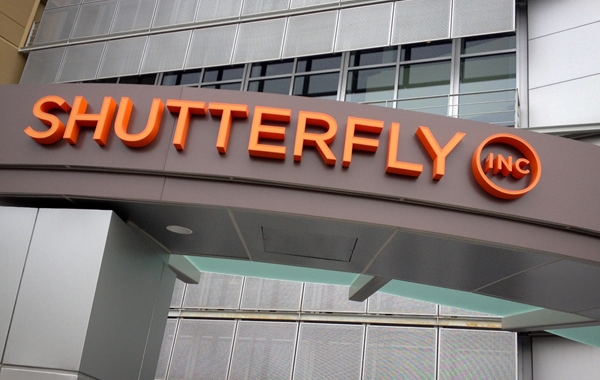 Shutterfly has been holding discussions about going public through a SPAC deal.

The potential SPAC deal comes as a bit of a surprise since it’s not even been two years since Apollo Global Management (APO.NYSE) decided to take this firm private.

The blank check company that Shutterfly plans to work with is Altimar Acquisition Corporation (ATAC.NYSE).

According to recent reports, Altimar plans to value the company at between $4 and $5 billion, inclusive of debt. However, specific details about this transaction are yet to come to light.

Some people close to the parties explained that there’s not much known about this deal. It could be just a couple of weeks away. There’s also a likelihood that the two companies might not even reach a consensus.

But if all goes well, Shutterfly will become one of the numerous companies that are choosing the SPAC route for their public listings.

A special-purpose-acquisition-company serves as a vehicle for raising capital in a public offering with the goal of finding one or more companies to merge with later on. Altimar, itself, went public just last month through a deal that saw it raise $345 million.

In 2020, this SPAC company served as a platform for one of the biggest blank-check transactions in history. It merged Owl Rock Capital Partners (ORCC.NYSE) and Dyal Capital Partners, helping them raise $12.5 billion in an IPO.

Shutterfly owns several brands, including its namesake, which was established in 1999. This similarly-named company deals with printing photos on personalized books and gift items.

Another brand that Shutterfly owns is Lifetouch. This one specializes in school photography while also running portrait studios.

This is not the first time that Shutterfly is going public. The first time was in 2006 when the company managed to raise $87 million.

But in 2019, it returned to private ownership after being purchased by Apollo. At the time, the firm was valued at $2.6 billion, inclusive of debt.

Following the acquisition, Apollo merged it with Snapfish LLC, creating an unbeatable brand in the online photo space.

One reason why Shutterfly has decided to go public is the fact that its popularity as an online-photo service seems to be fading. Rivals,such as Google Photos, have already stolen a considerable market share, forcing Shutterfly into a tight spot.

Luckily, there’s one aspect working in Shutterfly’s favor. This has to do with the increase in demand for photo keepsakes, an effect from the ongoing pandemic.

Given the initial restrictions on travel and movement, a large number of people became nostalgic for special events like weddings and graduations.

The 2019 acquisition has also worked in Shutterfly’s favor. Its revenue growth, which had stagnated when Apollo acquired it, is now in the double digits range.

Besides, public listings seem to be working out well for firms in the e-commerce sector despite the economic downturns brought about by the coronavirus crisis.

Chewy (CHWY.NYSE), which went public in 2019, is a good case in point. The online retailer sells pets food, toys and apparel. At the beginning of 2020, this firm’s shares were trading at $30. By October, this had risen to $72, bringing the value of the company to about $30 billion.

The fact that SPAC listings are on the rise also doesn’t hurt.

For private-equity firms in particular, the discovery of SPACs has been a blessing. These blank-check firms offer such businesses a seamless and hassle-free alternative to traditional IPOs.

It’s thus not surprising that many firms are choosing the SPAC route for their IPOs.

There are reports that yet another company, Syniverse Technologies, will likely go public via a SPAC transaction in the course of the year. The company assists mobile providers to transmit their communications across private and public networks.