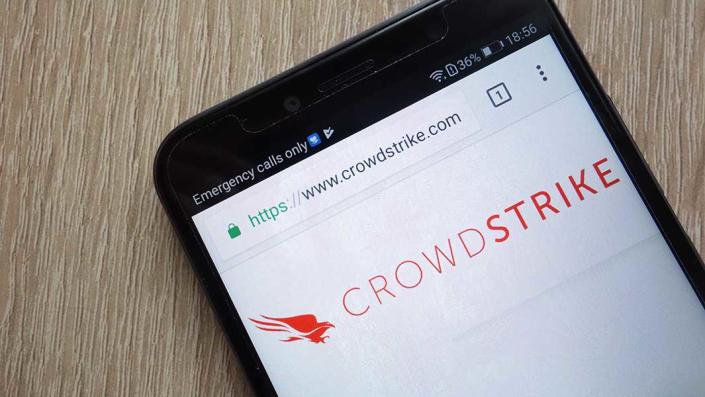 CrowdStrike Holdings (CRWD:NASDAQ) plunged more than 18% in extended trading Tuesday after the cybersecurity firm gave light guidance for fourth-quarter revenue. In the quarter just ended, results topped earnings and revenue expectations, with the cybersecurity provider posting adjusted earnings per share of 40 cents on $581 million in revenue where analysts expected adjusted earnings of 31 cents per share on $574 million in revenue, per Refinitiv.

The company projected sales of as much as $628.2 million in the fourth quarter, compared with analysts’ average estimate of $634.8 million in a statement on Tuesday.

Last year, CrowdStrike’s ARR increased by more than 67% in the third quarter, and the company added 1,607 net new subscription customers for that same period.

Crowdstrike’s results also spilled over to other cybersecurity firms like Zscaler (ZS:NASDAQ) and SentinelOne (S:NYSE), as both stocks declined more than 6% in Tuesday’s extended trading.

Cybersecurity has remained a concern throughout the war between Russia and Ukraine, with governments warning companies to remain wary of attacks. Russian military hackers tried and failed to attack Ukraine’s energy infrastructure in April.

Investor sentiment in the sector has been further dampened by the gloomy economic outlook. The fastest inflation in four decades and the biggest interest-rate hikes in a generation have held back the economy this year, just as it was emerging from the pandemic. The U.S. Treasury yield curve recently inverted the most since the early 1980s, signaling that a recession is on the way.

Prior to the after-hours move, shares of CrowdStrike were down more than 32% so far this year. The Nasdaq has dropped about 30% over that stretch.

On the other hand, Chinese tech stock put up a good showing on Tuesday after posting their second straight day of gains. Chinese stocks received a boost as Chinese health officials moved to ease concerns over Covid-19 lockdowns and policy.

With Chinese citizens now starting to protest lockdowns and other restrictions, the prospects for eliminating the zero-COVID policy in favor of a more lenient alternative are giving many well-known Chinese stocks a boost.

The most notable performance was from shares of Bilibili (BILI:NASDAQ) which surged 22% after the Chinese internet company posted better-than-expected earnings and revenue. The sharp upturn came after Bilibili posted a smaller-than-feared net loss for the third quarter, while revenue growth also beat expectations.

Analysts say the improvement trend in Bilibili’s bottom line could extend into the coming months, but revenue is likely to remain under pressure, given a worsening economy amid China’s winter COVID outbreaks.

Bilibili has said it will shift its strategic focus to narrowing losses amid a challenging environment, Citi analysts said in a note. “Thus, we expect loss to further narrow in the fourth quarter.”

However, analysts at Citi (C:NYSE) called the company’s fourth-quarter revenue guidance “unexciting” and flagged likely further deterioration in Bilibili’s advertising business into the year’s end, as businesses cut promotional budgets amid muted consumer spending. The bank cut its target price on Bilibili’s U.S.-traded shares to US$15.50 from US$12.00, and maintained a neutral rating