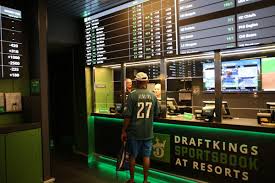 Shares of DraftKings (DKNG:NASDAQ) fell by as much as 6% in the pre-market and dropped by as much as 14% after a report from Hindenburg Research alleged that the online gambling company had ties to organized crime.

DraftKings went public via SPAC in April 2020 as a result of a three-way merger with Diamond Eagle Acquisitions and Bulgaria-based gaming technology company SBTech after the deal was first announced in December 2019. The stock which was a favorite among retail traders last year has risen nearly 300% since it went public.

According to the report from the short seller, funding from SBTech, which accounted for a quarter of DraftKings’ initial revenue, came from extensive dealings in black-market gaming, money laundering, and organized crime which the company’s investors may not be aware of.

The basis of Hindenburg’s claims comes from statements made by former employees of DraftKings. A former employee told Hindenburg Research that before the SPAC merger, SBTech which generated half of its revenue came from illicit activities, tried to distance itself from its black-market dealings by creating a front called BTi/CoreTech.

The report also stated that the present CEO of BTi/CoreTech was formerly an executive of a binary options gambling firm that was raided by the FBI and charged by the SEC for swindling U.S. investors to the tune of over $100 million.

The report sent the shares of DraftKings lower by as much as 14% before it recovered. DraftKings has responded to the short seller’s claims stating that the report was written by someone “who has an incentive to profit from a drop in DraftKings’ share price”. The online gambling company maintains that it conducted a thorough review of SBTech’s business practices and was satisfied with its findings.

This is not the first time Hindenburg Research would be going after public listed companies. The short seller has published damming reports against Lordstown Motors (RIDE:NASDAQ), Clover Health (CLOV:NASDAQ), and most notably Nikola (NKLA:NASDAQ). All the companies which have been on the short seller’s radar went public via SPACs.

The report from Hindenburg has fueled the growing skepticism against SPACs. The first quarter of this year saw a record number of SPACs coming to the market, outpacing last year’s numbers which many believed was record-breaking. The volume of SPAC-related deals led the Securities and Exchange Commission to launch an inquiry into their activities.

Despite having an impressive 2020, and being primely positioned to benefit from the reopening, DraftKings has been unable to replicate its bullish run, the stock is 35% below its 52-week high and has fallen below its 200-day moving average, suggesting a strong bearish sentiment.

As more states legalize online gambling to shore up their reserves which have been depleted by the pandemic, investors are optimistic that online gambling companies have a lot of wind under their sails. However, the share price of DraftKings has not reflected this, though wall street analysts reiterated their positive outlook on the company.