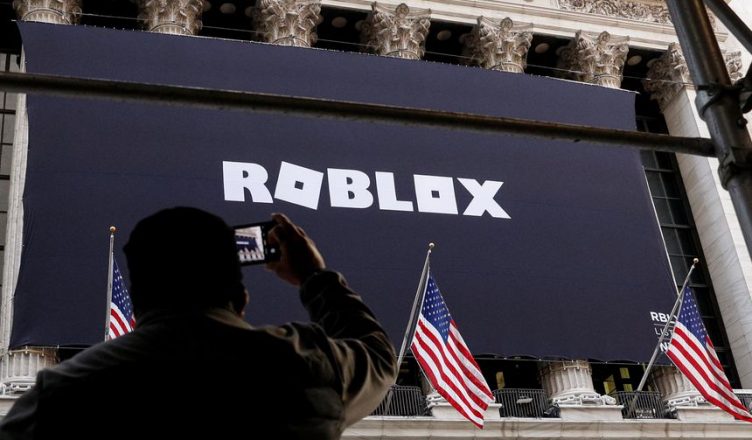 Shares of Roblox (RBLX:NASDAQ) shot over 30% at the opening of Tuesday’s intraday trading session, after the company released better than expected results for the quarter. Roblox shares closed at $109.52, 42% higher than its previous day’s close.

The video game company doubled its revenue for the year to $509m. Bookings increased by 28% while average daily active users rose by 31% on an annualized basis. This is in spite going offline for 3 days between Oct. 28 and 31st. The incident resulted in a decline in actual daily active users and cost Roblox $25 million in lost bookings.

Nevertheless, the company’s increasing loss put some shade on the stellar report, as net loss grew to $74 million from $48.6 million on an annualized basis. Analysts had been expecting a loss of $86.2 million. But investors appear focused more now on Roblox’s continued revenue and user growth rather than its bottom line.

After its debut in March, there was much skepticism surrounding its performance as the economy was beginning to reopen. Roblox appeals mainly to preteens and teens, analysts were expecting a drop-off in usage once school came back in session, regardless of the rollout of Covid-19 vaccines. The company has been working to attract older users and retain existing ones.

Strategists opined that with normalcy returning, and people going outdoors, there would be less time spent playing video games. This sentiment weighed heavily on the stock making it decline by almost 30% from its peak in June.

However, the latest result reinforces the notion the video game is anything but a stay-at-home stock. In a letter to shareholders, Roblox stated “It’s clear that even as users revert back to pre-pandemic routines and behaviors, Roblox remains an important part of their day.”

The company is also seen as a dominant force in the metaverse and a strong play for investors hoping to profit from the space. Roblox has been developing its metaverse ecosystem in the last ten years, as many industry watchers believe that the video game has a much-advanced metaverse ecosystem than Meta Platforms (formerly Facebook).

Players can buy and sell virtual things to use in their games. Analysts believe that gaming companies are far ahead in the metaverse space than other tech companies that are trying to muscle their way in.

Chief Financial Officer Michael Guthrie even took a subliminal jab at companies trying to bulldoze their way into metaverse stating that Roblox has been a pure-play company focused on connected virtual worlds for 17 years. He noted the company’s founders were science fiction fans who were familiar with the notion of the metaverse.

“We like hearing about the category more,” Guthrie said. “I think there’s a possibility that ‘Metaverse’ gets a little bit overused, but it’s something that we’ve been working on for a very, very, very long time. And we like our approach quite a bit.”

Roblox also made some strategic partnerships in the last quarter. The company partnered with Vans to launch an interactive virtual skatepark on the game platform. Roblox also partnered with Netflix to launch the launched the Stranger Things experience. The video game also benefited from the hit show squid games, as developers drew inspiration from the movie series to develop games on its platform.

The company seems to have put the negative news behind it. In June Roblox was sued for $200m by the National Music Publishers’ Association for copyright infringement on music content being uploaded to its platform.

Notwithstanding, all that seems to be in the distant past as investors remain laser-focused on the coming quarters which look promising. Now that metaverse has Wall Street’s attention, this would boost the stock’s upward momentum. The stock is currently trading 60% higher than its IPO price when it debuted in March.