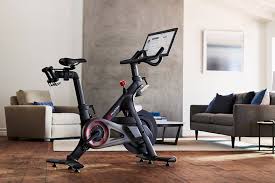 Shares of Peloton (PTON:NASDAQ) careened by 24% in the after-market on Thursday, as investors reacted to the company’s decelerating growth. Shares of the company had slid by 4% during the normal trading session.

The fitness equipment maker reported a net loss of $376 million, or $1.25 per share, compared with net income of $69.3 million, or earnings of 20 cents a share, from a year earlier. Wall Street was expecting a loss of $1.07 per share. Peloton also fell short of the mark for revenue, having generated $805.2 million, below analysts’ forecast of $810.7 million.

Peloton witnessed its weakest quarterly gain in subscriber growth since it became a public company two years ago, as fewer people are joining its online workouts. There was no soft landing for investors as the company released weak guidance, slashing its outlook for the full fiscal year as demand softened exercise amid ongoing supply chain challenges.

Peloton is expecting to have 3.35 million to 3.45 million subscribers at the end of June, down from an earlier target of 3.63 million. It is now expecting between $4.4 billion to $4.8 billion in annual revenue, a downward revision from $5.4 billion. Sales and marketing expenses surged 148% to $284.3 million, representing roughly 35% of revenue.

In a letter to shareholders, Chief Executive Officer John Foley stated, “We anticipated fiscal 2022 would be a very challenging year to forecast, given unusual year-ago comparisons, demand uncertainty amidst re-opening economies, and widely-reported supply chain constraints and commodity cost pressures.”

Peloton is feeling the pressure as rivals become more competitive and the nation’s gyms, hit by closures and member exoduses during the Covid-19 pandemic, are mounting a comeback as people yearn to go outdoors.

The company experienced a significant drop from the 250% sales surge that Peloton booked in the first quarter of 2020 when consumers were eager to get their hands on at-home bikes to workout when gyms were closed due to the pandemic.

As normalcy returns and people get back to old routines, a lot of people have dumped their Pelotons. Mr. Foley, in Thursday’s letter to Peloton investors, said the price cuts helped sales but “there remains a lingering perception that Peloton is a luxury item.”

Earlier in the day, gym chain Planet Fitness Inc. (PLNT:NYSE) stated that it had returned to same-store sales growth for the first time since the pandemic, raising forecasts for full-year revenue and new store openings for 2021. Amazon (AMZN:NASDAQ) has also announced plans to enter the fitness space with the launch of its own platform, Halo fitness.

To revamp its ailing sales, Peloton lowered the price of its original stationary bike by 20%. The company also boosted marketing advertising spending on its now less-expensive Bike product and Tread treadmill machine. But this has done little to shore up its subscriber numbers so far this year.

Peloton has no doubt been a shadow of its 2020 self. The stock has not found the same favour it had among investors in the previous year when it rallied by about 440%. The share price has been on a downward spiral since hitting its peak in January. Even fundamental tailwinds such as the release of its own clothing line have failed to keep the stock above water.

This earnings report has perhaps knocked off whatever shred of hope investors had for the stock. With losses mounting and subscriber numbers dropping, this reinforces the ‘stay-at-home stock’ toga which has haunted the stock. The stock is down by 22% for the year and about 45% below its all-time highs. It is also trading 17% below its 200-day SMA, a strong indication of bearish pressure on the stock. With the pace of growth rapidly slowing down, it looks like it would take a while before the stock bottoms.