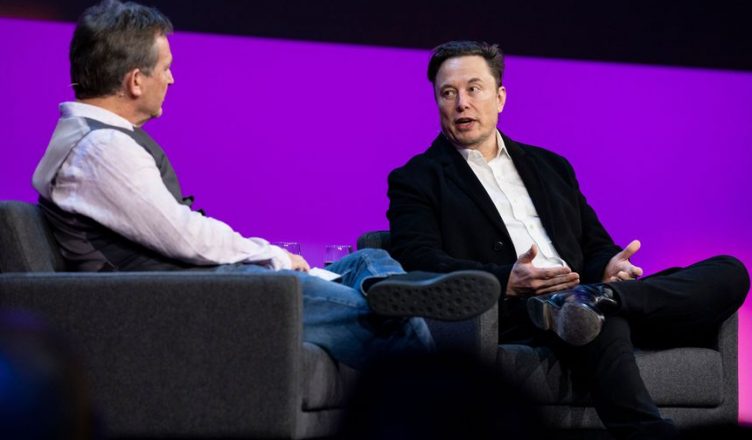 Shares of Twitter (TWTR:NYSE) slipped by 1.68% after a 4% spike, on Thursday as Elon Musk offered to buy the social media platform in a deal valued at more than $43 billion. In the amended SEC filing, Musk wrote his offer to pay $54.20 per share amounted to a 54% premium on the stock, compared to its price the day before Musk began investing in the company.

The Tesla (TSLA:NASDAQ) CEO said he wants to take the company private to make it the online home for free speech, enunciating that the bid is his “best and final offer”. Musk, who took a 9% in Twitter earlier this month, stated that he would need to reconsider his position as a shareholder if his bid is rejected.

If the bid is accepted, Musk may have to liquidate about 4% of his stake in Tesla to fund the purchase. Albeit, the $43bn purchase would still leave him as the richest man in the world.

Twitter confirmed it had received Mr. Musk’s offer and said its board of directors would review the proposal to determine the course of action that it believes is in the best interest of the company and all its shareholders.

Regardless of Musk’s’ motives, analysts feel the offer simply doesn’t add up for Twitter’s board, in part because the billionaire hasn’t laid out how he plans to “transform” the company. There is also skepticism that the Twitter acquisition would distract him from his duties in Tesla and SpaceX. This explains why shares of Tesla finished 3.6% lower on Thursday.

Mr. Musk’s bid comes as Twitter seeks to add more users and boost revenue. The company said a little over a year ago that it would work to at least double its revenue to $7.5 billion by the end of 2023, and reach at least 315 million so-called monetizable daily active users at that time.

Musk’s offer serves as a wake-up call for Twitter’s management. The pressure could lead to better execution – something shareholders want to see from the company’s management.

Musk himself has already offered some ideas on how the company can improve its monetization. The Tesla CEO suggested banning ads on Twitter Blue, lowering the subscription price to $2.99-a-month price and accepting the cryptocurrency dogecoin as payment for the subscription service. He also said subscribers should get an authentication checkmark.

The offer could open the door to other bidders interested in the social media company, although increased antitrust scrutiny from Washington on big tech firms will likely prevent any deal from getting done.

Other tech companies are keeping tabs on the situation and may be possibly preparing bids for the social media company. Tech titan and Dallas Mavericks owner Mark Cuban in a tweet alluded to the possibility that Elon Musk’s big bid to buy all of Twitter has probably awakened numerous executives inside of Google and Meta

If the purchase falls through, Mr. Musk could influence Twitter to ease up on content moderation or reinstate banned users, such as Donald Trump. However, this could be problematic considering that social-media companies have come under scrutiny in recent years about what is posted on their platforms.

Elon Musk began buying Twitter shares on Jan. 31, when the stock traded at $36.83, according to a filing earlier this month. Those purchases continued through April 1. Mr. Musk’s stake in the company was made public on April 4, and plans for him to join the board were announced on April 5. He however rejected the offer to join the board earlier this week.