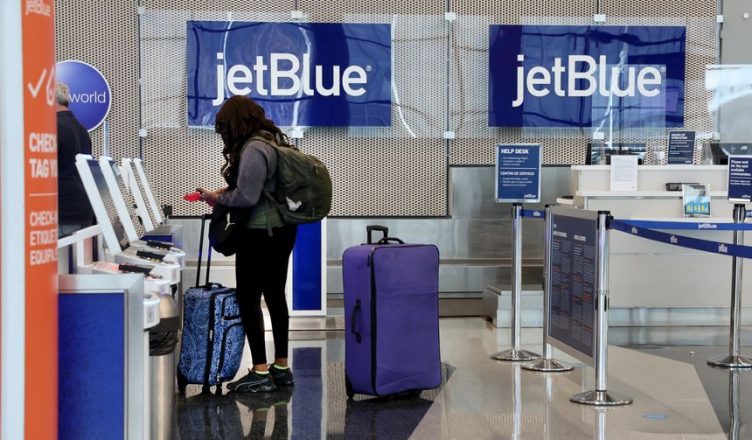 Transportation stocks have been taking a battering in recent weeks due to the sell-off in the broader market. Transportation stocks were hot in 2021 and earlier this year, driven by optimism about economic growth. Now investors are turning the other way. The Federal Reserve plans to raise interest rates and reduce its balance sheet, which investors worry could slow down the economy.

Like the recent convergence of yields on shorter- and longer-term U.S. government bonds—sometimes seen as a signal that the bond market is predicting a recession—the fall in transport stocks seems to suggest rougher economic times ahead. The stocks historically decline when lower demand for goods, materials, and travel is expected.

The Dow Jones Transportation Average, which tracks 20 large U.S. companies ranging from airlines to railroads, has declined 13% from a recent high on March 29. The S&P 500 has slipped 5.1% over the same period. The transportation benchmark in March was within 2% of a November record powered by optimism that resurgent economic growth would boost transportation companies’ profits. The chief culprits leading the losses in the transportation sector are airlines such as JetBlue (JBLU:NYSE), United, American (UAL:NYSE), and Delta (DAL:NYSE).

The bearish pressure in transportation stocks is triggered by extended lockdowns in China due to the rise in coronavirus cases, and rising oil prices as a result of Russia’s invasion of Ukraine. Higher raw-materials costs are raising the prices of goods, leading consumers to adjust their spending habits. Increased energy costs could also be cutting into discretionary purchases as consumers give priority to electricity and gas bills.

This is further exacerbated by a shortage of staff in the sector. JetBlue Airways has announced it will be cutting as many as 10% of flights this summer starting from May despite upturns in demand in the travel and airline industries.

Alaska Airlines has also had a difficult time ramping up capacity to meet the soaring demand. It has canceled hundreds of flights since April 1 and has cut its spring schedule by 2% through June — blaming a shortage of pilots for the cancellations. Others like American Airlines (AAL:NYSE) are taking a different approach – balking up n staff. The airline company is so far meeting its target of hiring 180 pilots a month this year.

Albeit both scenarios do not leave airline stocks (and transportation stocks in general) in a good place). Hiring more hands means elevated employee compensation and operational expenses which would be passed off to the consumer. This could lead to lower demand, especially in an inflationary environment where consumers would be pinching pennies

The March CPI inflation reading revealed the extent to which businesses are currently factoring in elevated employee compensation and operational expenses into consumer prices. Travelers may see higher fares during the summer as wages and fuel prices force airlines to pass the added costs on to customers. The aforementioned issues prompted analysts at the Bank of America (BA:NYSE) to downgrade nine transportation stocks.

However, it is not all gloomy for transportation companies. Credit card spending on airlines is now above 2019 levels, according to JP Morgan (JPM:NYSE), and the $83 billion in US travel spending in February was just 6% below 2019 levels, according to the US Travel Association. That was the second-best month — after December 2021 — since the pandemic began. Meanwhile, 85% of Americans say they expect to travel this summer, 46% of them by air. If transportation companies can navigate their way through labor shortages, and rising fuel costs, they should be in the clear. However, investors in this sector should know that the challenges bedevilling the sector may carry into 2023.