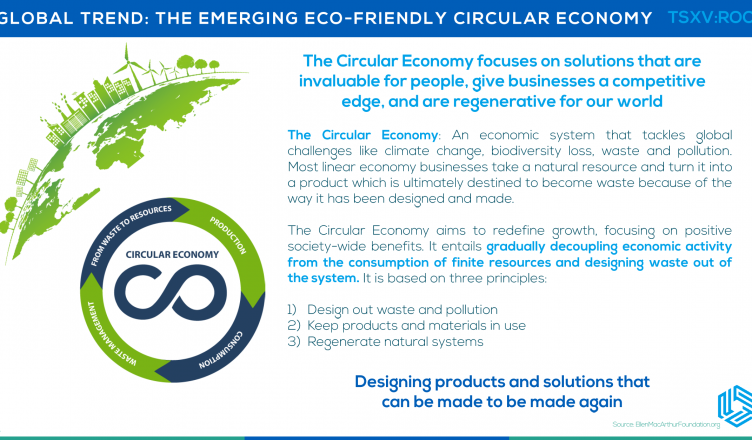 VANCOUVER, BC – Northstar Clean Technologies (TSXV: ROOF) is a clean technology company focused on the recovery and repurposing of single-use asphalt shingles to produce liquid asphalt, fibre and sands while diverting shingle waste from landfills.

The company has a fully constructed facility in Delta, BC in the commercialization phase with steady-state production expected in early 2022.

On November 9, 2021, Northstar announced the results of the independent carbon dioxide footprint Life-Cycle Assessment (LCA), completed by Burgess Environmental Ltd which concludes that the production of Northstar’s liquid asphalt will produce 60% less carbon emissions versus routing shingles to landfill and producing virgin asphalt.

The asphalt produced by the Northstar process is green, renewable circular asphalt with the lowest carbon intensity of any asphalt in North America.

12 million tons of asphalt shingles are sent to landfills annually in the United States, equivalent to over 18M barrels of oil or one day of US oil production being dumped into landfills each year.

Diverting a oily mountain of old shingles from landfills is a promising business plan, but some “green companies” get dirty downstream.

The independent LCA report just got Northstar over that hurdle.

“Demand for asphalt binder in North America is currently highest for interstate highways and roofing,” states an October, 2021 Liquid Asphalt Research Report prepared by Kin Communications, “Shingles made from asphalt serve one purpose which is to be used for the roofing of structures.”

“The LCA analysis quantifies how our operations can support our customers and industry partners in delivering circular and “green” renewable asphalt produced with significantly lower carbon intensity,” stated Aidan Mills, CEO of Northstar.

• 121.94 kg of carbon dioxide equivalent per 1 tonne of feedstock

“The global context for reducing industry carbon footprints is forcing companies to identify alternative renewable avenues,” continued Mills, “With the reduced carbon footprint solution for repurposing asphalt shingles, we believe we can support our customers and industry partners on their sustainability journey.”

In British Columbia, carbon credits are valued at about $50/tonne.

“A carbon credit is a kind of permit that represents 1-ton of carbon dioxide removed from the atmosphere,” explains NBC News, “They can be purchased by an individual or, more commonly, a company to make up for carbon dioxide emissions that come from industrial production.”

The sale of carbon credits would add a 5th revenue stream.

For ROOF shareholders, the most significant knock-on effect of the Life-Cycle Assessment report, is likely not the value of the carbon credits – but the confirmed eligibility of ROOF’s technology for government funding.

ROOF’s facility is modular and can be duplicated in other locations. When the company expands operations, governments can be valuable partners, reducing the need for dilutive financing.

On July 27, 2021 Northstar announced that it has engaged Wellington Dupont Public Affairs to lead government engagement on the reduction of single-use asphalt shingle disposal into landfills across Canada.

“The retail price of asphalt cement per tonne as of August 2021 is CAD $891.00, according to the Ontario Asphalt Pavement Council. This represents a 44% increase year-to-date,” reports the Kin Communication Report.

“We now know our production process can deliver a meaningful difference to our climate by reducing carbon dioxide emissions in both degradation of asphalt shingle tiles in landfills and virgin asphalt production,” stated Mills following publication of the independent carbon dioxide footprint Life-Cycle Assessment (LCA).

“The first step on the journey towards carbon neutrality is to quantify corporate emissions accurately and the LCA quantifies exactly that,” concluded Mills.