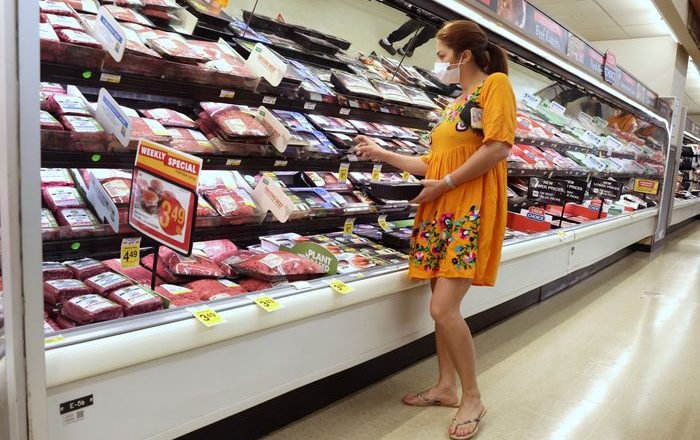 FAANG stocks plummeted as US equities suffered their worst day since June 2020 after hotter-than-expected inflation data dashed investors’ hopes that cooling price pressures would prompt the Federal Reserve to moderate its campaign of interest-rate increases.

The decline comes after four straight positive sessions for U.S. stocks, which were bolstered in part by the belief of many investors that inflation had already peaked. Tuesday’s drop erased nearly all of the recent rally for stocks, pulling the S&P 500 back toward its Sept. 6 close of 3,908 and causing some traders to glance back at mid-June, when the index fell below 3,700.

The tech sector suffered the most severe declines on the day. Shares of Apple (APPL:NASDAQ) dropped 5.87, Google (GOOG:NASDAQ) slipped 5.86%, while Netflix (NFLX:NASDAQ) closed 3.6% lower. E-commerce giant Amazon (AMZN:NASDAQ) also saw its shares drop by 3.1%. Meta (META:NASDAQ) was the biggest loser of the quintet, as the social media company saw its shares plummet by 9.37%. Other tech heavyweights Like Nvidia (NVDA:NASDAQ), Microsoft (MSFT:NASDAQ) and AMD (AMD:NASDAQ) equally suffered losses of 9.37%, 2.6% and 4.8% respectively.

Investors had eagerly anticipated Tuesday’s release of the consumer-price index, which provided a last major look at inflation before the central bank’s interest-rate-setting committee meets next week. Expectations for the path of monetary policy have held sway over the markets as investors factor higher rates into asset prices and try to project how well the economy will hold up as rates rise.

The new data showed the consumer-price index rose 8.3% in August from the same month a year ago. That was down from 8.5% in July and 9.1% in June—the highest inflation rate in four decades. But on a month-to-month basis, the figures showed inflation accelerating in August, dashing investors’ hopes that price pressures would weaken, allowing the Federal Reserve to slow its pace of interest rate increases in the coming months.

For the better part of a year, the inflation narrative among many economists and policymakers was that it was essentially a food and fuel problem. Once supply chains eased and gas prices abated, the thinking went, that would help lower food costs and in turn ease price pressures across the economy.

Even as gas prices have declined, food prices continue to rise. The food at home index, a proxy for grocery prices, is up 13.5% over the past year. Shelter costs rose 0.7% for the month, while new vehicle prices and medical care services increased 0.8% each.

The suggestion that inflation is sticking around raises the possibility that the Fed might ultimately raise rates higher than markets had been anticipating. Traders are now considering the possibility that the central bank will raise interest rates by a full percentage point next week when the monetary council meets, though consensus remains a third consecutive 0.75 percentage point interest rate.

The likelihood of another aggressive rate hike increases the probability of a recession which is not a good sign for stock investors, especially those exposed to tech companies whose values are based on forward earnings. Tech stocks have been in the thick of the market sell-off this year with a sizeable chunk hitting new 52-week lows. The sector is currently in bear market territory having declined 24% so far this year.