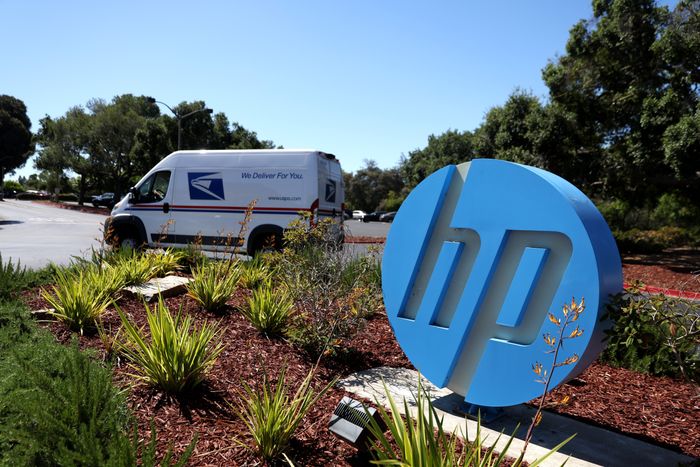 Shares of HP Inc (HP:NYSE) rose 2% after the computer maker surpassed expectations on top and bottom lines in its latest quarter. Revenue in the fiscal fourth quarter (ended on Oct. 31) declined 0.8% year over year to $14.80 billion.

The company provided a range of adjusted fiscal first quarter earnings from 70 cents to 80 cents per share, below the consensus of 86 cents. For the 2023 fiscal year, HP called for $3.20 to $3.60 in adjusted earnings per share.

From a profitability standpoint, HP reported that the operating margin for the Personal Systems segment contracted to 4.5% from 6.9% in the prior quarter. HP also announced downbeat earnings guidance.

The high point of its earnings report was the company’s decision to cut 4,000 to 6,000 jobs over the next three years. Shares rose as much as 1% in extended trading following the announcement.

In a statement, HP said its “Future Ready Transformation plan” should result in annualized gross run rate savings of $1.4 billion or more in the next three years, with around $1 billion in costs including restructuring. Of that $1 billion, $600 million will come in the fiscal 2023 fiscal year, which ends Oct. 31, 2023. The rest will be split evenly between the 2024 and 2025 fiscal years, HP said.

HP is the latest technology company announce its intent to slim down given economic challenges. Facebook parent Meta (META:NASDAQ), Microsoft (MSFT:NASDAQ) and Salesforce (CRM:NASDAQ) are among those that have made similar changes. HP, for its part, is responding to a deterioration in computer sales.

The results come a month after data showed that PC demand in October slid at its fastest pace in more than two decades. The PC market accelerated during the pandemic, when workers equipped their home offices and students required laptops for remote learning. Pandemic-era restrictions and stimulus payments boosted spending on big-ticket items while travel and entertainment expenses dwindled.

Now, consumers are changing their spending habits away from goods as they juggle concerns about inflation and the economy. Continuing supply-chain constraints coupled with higher interest rates, persistent inflation and a stronger dollar are challenging operations and sapping consumer spending.

On Monday, Dell (DELL:NYSE) also suggested the lull in PC buying this year would continue after a surge early in the pandemic. The HP rival reported a 6% drop in overall revenue for the company’s third quarter, including a 17% drop in the unit that includes sales of laptops and desktops to consumers and commercial clients.

Dell announced that it expects revenue from PC sales to fall at an even steeper rate in the fourth quarter from the same period a year earlier. Chief Financial Officers Thomas Sweet said on a Monday earnings call “We expect ongoing global macroeconomic factors, including slowing economic growth, inflation, rising interest rates and currency pressure, to weigh on our customers,” he said.

Other tech companies are affected as well. Intel Corp. (INTL:NYSE) has embarked on a cost-cutting push and is considering divestitures as the chip maker tries to navigate the sharp drop in PC demand that has weighed on the company’s earnings. Rival Advanced Micro Devices Inc. (AMD:NASDAQ) this month issued a glum sales outlook for its current quarter as the chip maker expects demand to soften