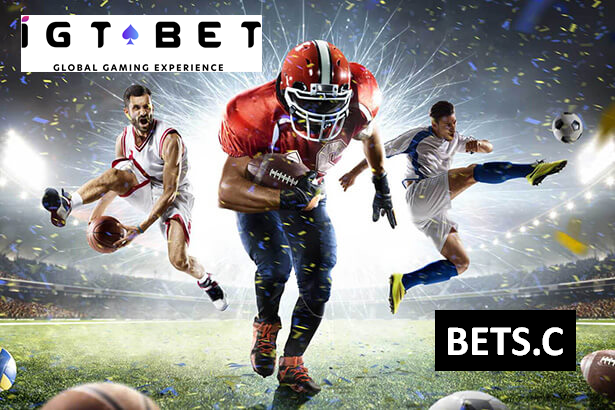 In “Fantasy Sports” participants build imaginary teams made up of real-life players.

“You compete based on the statistical performance of the players you’ve selected,” explains Sprout Social, “If you pick Cam Newton, and he scores a touchdown, your fantasy team earns points”.

Fantasy sports gambling is synergistic with pro sports leagues because it gives fans a real-life (financial) stake in the outcome of the games.

The Indian Federation of Sports Gaming (IFSG) projects the user base of fantasy sports players at 100 million.

“This would still be just 30% of online sports fans in India,” states IPSG, “More than 70% of the current users are men aged 25-35, with a higher disposable income.”

On March 2, 2021, BETS announced the rebranding of its recently acquired fantasy sports platform LivePools to BLITZPOOLS.

“Through this rebranding, BLITZPOOLS aims to take the fantasy sports market in India by storm,” states BETS, “whereby the consumer can be guaranteed best-in-class bonuses, world-class product innovation and customer support.”

“We aim to capture and captivate the minds and hearts of every Indian consumer involved in online gaming,” stated the Assomull brothers, Vickram and Gaurav, founders of BLITZPOOLS, “by the end of IPL (Indian Premier League for Cricket) 2021, BLITZPOOLS is aiming to reach 5 million gross users.”

BETS is offering bonuses for all existing players as they migrate from LivePools to BLITZPOOLS.

The global trend is towards regulation and taxation.

For example, last month in Canada, Bill C-218 passed a second reading in the House of Commons, which would legalise single-events sports gambling.

“Betting and gambling is regulated at a state level in India,” reports Gambling Insider, “The last couple of months have seen different state governments and courts mulling the way forward for this fast-growing sector.”

Recently, an Indian High Court recognised that the 1887 Gujarat Prevention of Gambling Act – which prohibits gambling in ‘common gaming houses’, does not extend to fantasy sports bets wagered on computers or cell phones.

“Indian people just really love to gamble,” confirms iwmbuzz, “But they don’t have the traditional casinos.”

Even in jurisdictions that have casinos, the trend from brick & mortar gambling venues to on-line began four years ago.

On March 4, 2021, BETS announced that it has declined “to accelerate the maturity date of its warrants,” based on its existing cash position.

“With a growing population, especially the middle class, a burgeoning economy, the fastest internet adoption in the world, and with 65% of the population under the age of 35, India is a perfect storm for skill-based online gaming,” states BETS, “we are also focussed on the opportunity in the burgeoning U.S. online gambling market”.