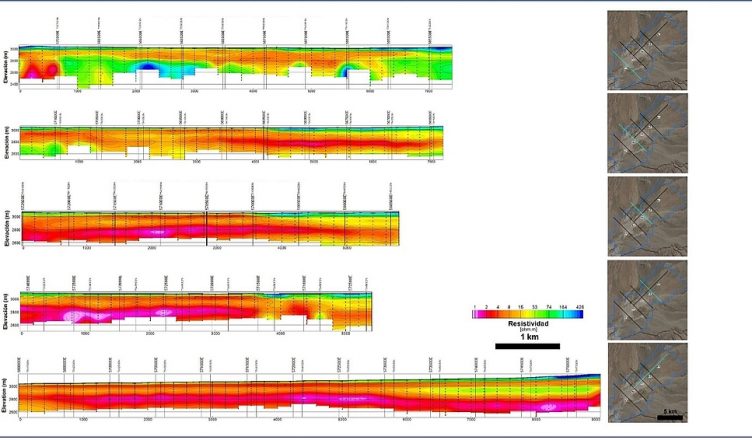 Monumental Minerals (TSXV:MNRL) (FSE:BE5) (OTC:MNMRF) just signed an LOI with Lithium Chile to acquire a 50.01% interest in the Salar de Turi Project, located within the famed Lithium Triangle about 120 km northwest from the Salar de Laguna Blanca and 60 km northeast from the City of Calama, Chile.

Monumental Minerals is developing raw materials for the global energy transition. Upon completion of a definitive agreement, the Salar de Turi project will be added to MNRL’s mineral portfolio which includes the Jemi HREE project in Mexico and the Laguna Blanca cesium-lithium brine project located in Chile. 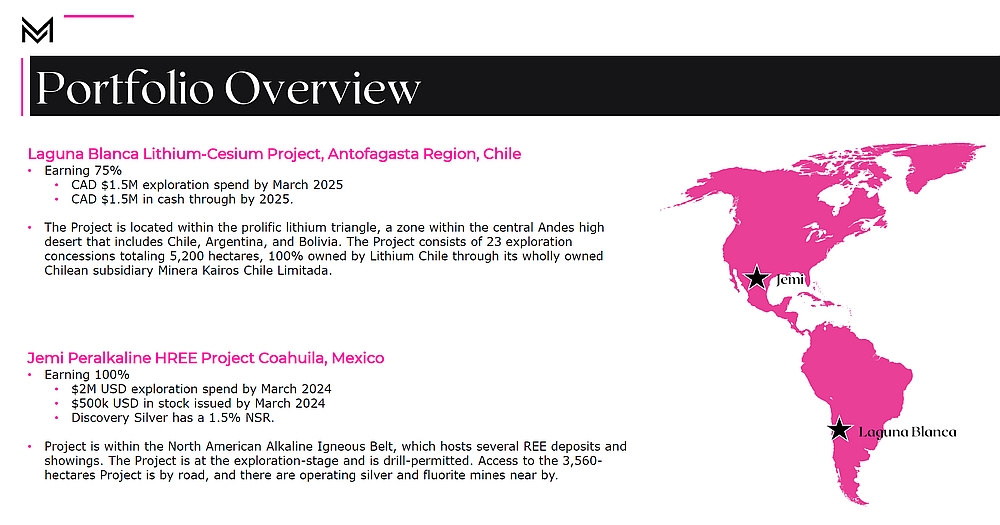 The synergies in this LOI are not hard to unpack. With an interest in 11 salars and 2 laguna complexes in Chile and 23,300 hectares in Argentina, Lithium Chile can not simultaneously run exploration programs on all its assets.

“Our technical team identified the Salar de Turi Project as having compelling geophysics and surface geochemistry based on previous work done by Lithium Chile,” Max Sali, VP of Corporate Development and Director of MNRL explained to GSN.

“We sent the data to Frits Reidel, Managing Director of Atacama Water, who specialises in the evaluation of lithium brine resources,” continued Sali, “The consensus from Mr. Reidel and our CEO Jamil Sader, was, ‘this is something we should own’”.

“The negotiations were fairly straight forward,” stated Sali, “We already have a good working relationship with the CEO of Lithium Chile, Steve Cochrane. Their VP of Corporate Development, Michell Dececco is on our board of Directors.”

Monumental Minerals has assembled a strong lithium brine exploration team in Chile that has been advancing the Laguna Blanca lithium brine and cesium sediment project.

The LOI announced August 23, 2022 allows Lithium Chile to retain a 49.99% interest in the Salar de Turi Project while MNRL deploys its in-country team to unlock the value of the asset.

The Salar de Turi Project is located within Chile/Argentina/Bolivia Lithium Triangle, that is estimated to contain more than half of the world’s lithium supply beneath a galaxy of salars.

Salar de Turi comprises 31 exploration concessions totalling 8,500 hectares. The Project is about a 1-hour drive from the City of Calama (60 km to the southwest). 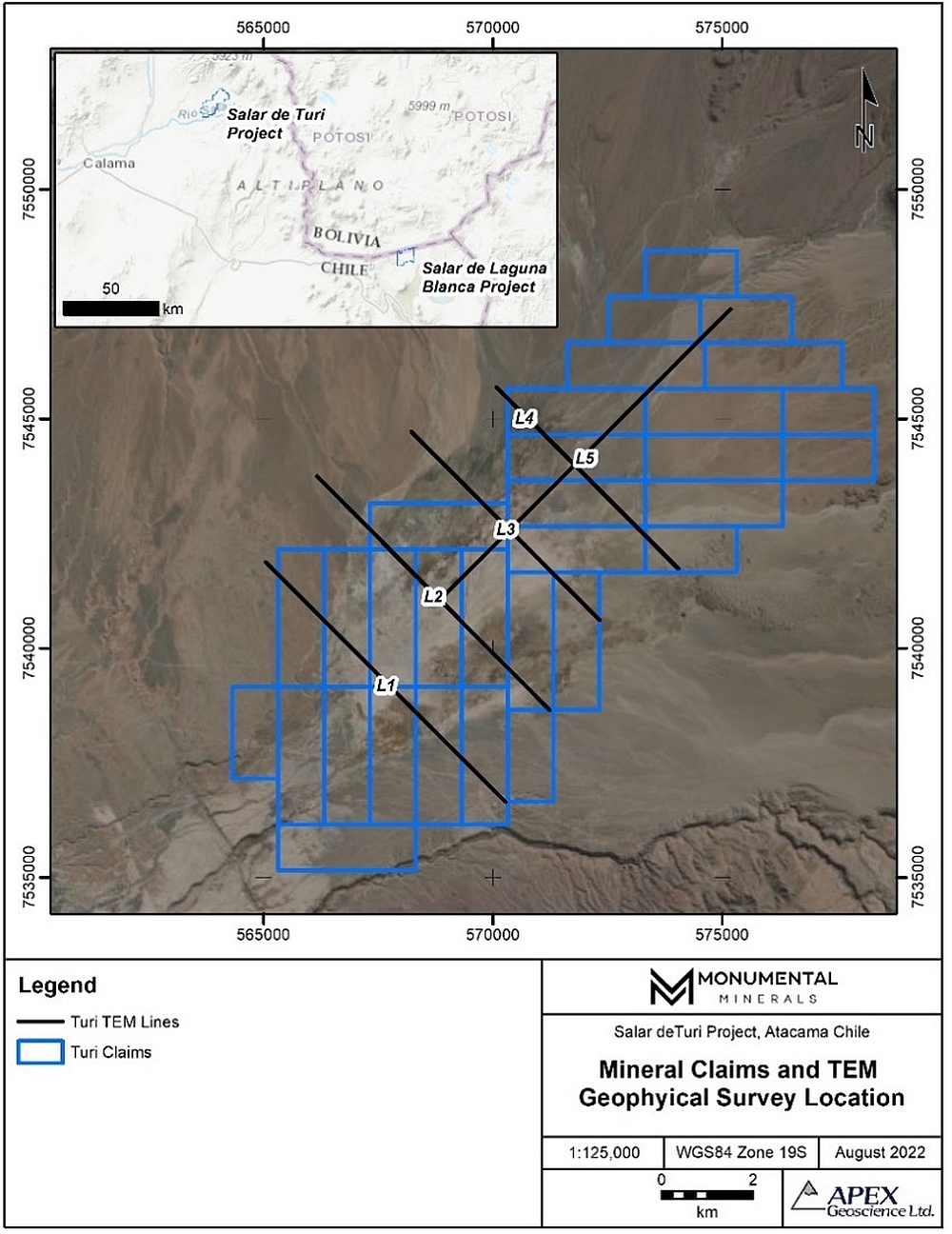 “The relationship we have built with Lithium Chile continues to develop into a growing joint effort to advance high-value salars towards lithium brine resources,” stated Jamil Sader, CEO and Director of Monumental Minerals.

“During a recent trip to Chile, I met with Monumental Minerals technical and social governance team, and I feel that they have the capability as demonstrated with Laguna Blanca, to advance the Salar de Turi Project,” confirmed Steve Cochrane, CEO and Director of Lithium Chile.

“This joint venture will benefit both parties substantially with Lithium Chile being the largest shareholder of Monumental Minerals,” added Cochrane, “The Joint venture is consistent with our desire to maximize the return on our Chilean assets while our focus is on our Arizaro Argentinian development program.”

These geophysical anomalies are shallow northeast-dipping at 150 – 300 metres (m) below surface and are at least 200 to 300 m thick, often open at depth.

Near surface brine samples return values of lithium to 590 mg/L. The samples also reveal favourable chemistry with ratios of lithium to potassium of 0.06 and magnesium to lithium of 7.8. 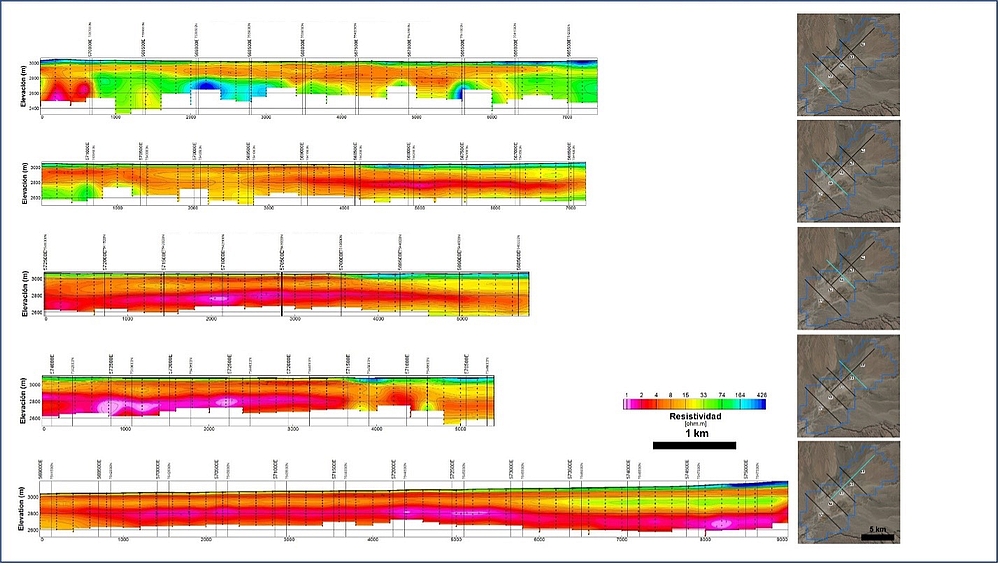 Cross-sectional profiles of the TEM surface contracted by Lithium Chile in 2019.

MNRL must also incur minimum expenditures on the Salar de Turi Project of not less than an aggregate of $1.4 million on the following schedule: 1. $700,000 in the first year, $700,000 in the second year.

In this May 2022 interview, CEO Jamil Sader talks to GSN CEO Guy Bennett about the Laguna Blanca project in Chile: