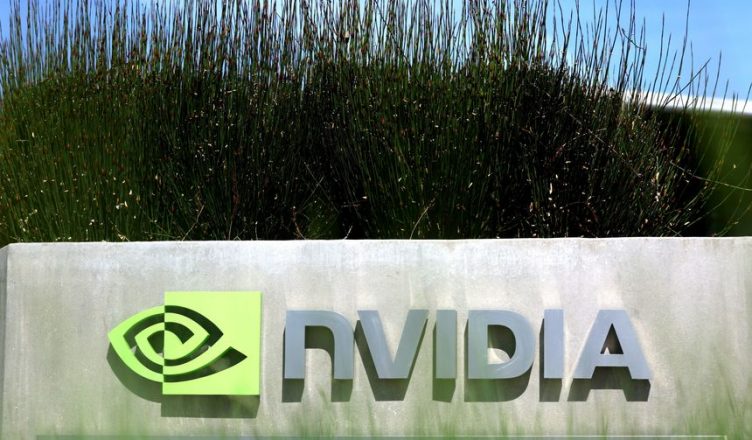 Nvidia’s (NVDA:NASDAQ) shares were down as much as 12% Thursday after the chip maker reported new requirements regarding shipments of its chips to China that could cost it as much as $400 million in quarterly sales.

Nvidia, the U.S.’s largest chip maker by market value, said in a regulatory filing that it was notified on Friday that it would be required to get a license from the U.S. government before shipping certain cutting-edge chips to China and Russia.

The new U.S. rules are designed to reduce the risk of supporting the Chinese military, according to the U.S. government, Nvidia said in its filing with the Securities and Exchange Commission on Wednesday. But it’s unclear what prompted this specific policy move or what could drive future ones.

The new U.S. restrictions target Nvidia’s A100 and H100 products — and these chips’ sales are part of the company’s far larger data center business. The products are graphics processors that can be used for artificial intelligence

The company doesn’t sell chips to Russia, it said, but the restriction on China could affect its outlook of about $5.9 billion of sales in the current quarter. The company was in talks with Chinese customers to fulfill planned purchases with other products and may seek licenses from the government if the replacements weren’t sufficient, it said.

In China, the Nvidia Drive Orin chip has become a core part of electric automakers’ assisted driving tech. These semi-autonomous driving systems are an important selling point for the companies in what has become a fiercely competitive market in China. Some automakers are also using Nvidia’s Xavier chip. Automotive is a relatively small but fast-growing part of Nvidia’s business.

The rule isn’t limited to Nvidia and sets a performance threshold on chips that handle advanced artificial-intelligence calculations that are becoming increasingly crucial to businesses, governments and militaries, according to an industry official. Nvidia dominates the market for these kinds of chips.

Advanced Micro Devices (AMD:NASDAQ) said it also has been notified of the new licensing demand, which prevented it from shipping an advanced chip aimed at the AI and high-performance computing markets. The company said it doesn’t expect a material impact on its business.

Restrictions on U.S. dealings with China and Chinese chip makers have become commonplace in recent years as tensions between the countries have escalated. The U.S. also has tried to arrest exports of chip-making equipment to China to thwart the country’s ambition for chip-factory dominance. The new $52 billion push under President Biden to increase U.S. chip manufacturing included provisions barring recipients of grants from building advanced factories in China.

Past restrictions on chip sales to China have dented sales by U.S. companies, notably after the U.S. added telecom giant Huawei Technologies Co. to an export blacklist in 2019. But the licensing requirements Nvidia is subject to could have a more significant impact than usual on a single company, potentially altering the competitive landscape.

The new licensing requirements come at a difficult time for chip makers. Demand for personal computers, videogames and smartphones, among other gadgets, has slowed with soaring inflation and a worsening economic outlook, pressuring people’s ability to spend.

The stock’s fall was a drag on chip industry shares, which fell broadly Thursday. The PHLX Semiconductor Index was recently down almost 5%. Nvidia’s shares have plunged around 13% this week, and returned -0.3% in the last two years, erasing all the gains made from the march 2020 lows through to 2021. Shares of Nvidia closed 7.67% lower on Thursday.

The latest move from the US government brings to the fore how geopolitical risks could affect the fortunes of a company with strong fundamentals. This would no doubt force analyst to recalibrate how the value stocks especially those that have exposure to China.