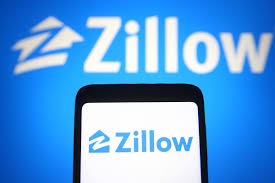 Shares of real estate company Zillow Group Inc. (Z:NASDAQ) tumbled by 10% at the close of the market on Tuesday and slipped by a further 8% in after-hours trading after the company announced it was shutting down its tech-driven home-flipping operation.

Zillow Offers, the company’s home selling unit, hit a snag when its pricing algorithms caused led gave wrong forecasts and valuation, which caused the company to overpay for houses just as the heated U.S. market began to cool. Zillow was banking on rising demand due for homes which skyrocketed house prices.

Zillow CEO, Rich Barton, giving reasons for the company’s sudden fall during the company’s earnings statement stated, “We’ve determined the unpredictability in forecasting home prices far exceeds what we anticipated, and continuing to scale Zillow offers would result in too much earnings and balance-sheet volatility.”

Barton himself had set an ambitious goal, seeking to buy 5,000 homes a month by 2024. Earlier in the year, the company borrowed more than $1 billion through two bond offerings, making it the first iBuyer to tap the securitization market.

It has also lined up $500 million credit facilities with Credit Suisse Group AG, Goldman Sachs Group Inc., and Citigroup Inc. In the third quarter, Zillow acquired about 9,700 homes due to what it called “higher-than-anticipated conversion rates.

Barton had earlier trumpeted about the popularity of the service, telling investors that the traditional way of selling a home was so “dreadful and dreaded”. He opined that customers were willing to bypass potential bidding wars to sell to Zillow “in this sizzling-hot seller’s market.”

However, the wind of change in the housing market threw the company off balance in the weeks leading to its earnings. Zillow Group Inc. is looking to sell about 7,000 homes as it seeks to recover from a $380m loss after inaccurate pricing forecasts made the business unsustainable.

The unexpected sharp drop in the prices of housing materials such as lumber threw a wet blanket over the overheating housing market. This made it difficult to forecast housing costs and estimate margins. Only 10% of clients that made inquiries were able to close a deal.

About a month ago, Bloomberg had reported that Zillow wouldn’t make any new offers on houses for the rest of the year as it struggled to find workers to fix the homes it had under contract. A subsequent newscast confirmed that the company was marketing 7,000 homes for roughly $2.8 billion to institutional investors.

Caught on the wrong side of the trade, the company now intends to take writedowns of as much as $569 million and reduce its workforce by 25% as it winds down the business segment in the coming months.

The company’s decision to halt new purchases has opened up a portal for more scrutiny n companies that had their sights on disrupting the traditional way of buying and selling homes. Competitors such as Opendoor Technologies Inc. (OPEN:NASDAQ) and Offerpad Solutions Inc. (OPAD:NYSE) had also taken an aggressive home buying approach but began to exercise caution after noticing signs of a cooling-off in prices. Zillow on the other hand trudged ahead.

The company’s 180-degree turn on its home buying business also raises questions about the management’s capabilities. Barton is a serial entrepreneur who has also founded Expedia Group Inc. (EXPE:NASDAQ) and the careers site Glassdoor. He returned to the CEO job in 2018 to lead the company’s move into iBuying. For now, he’s sticking around as the company falls back on its old business of connecting homebuyers with agents.

“We believe there are better, broader, less risky, more brand-aligned ways of enabling all of our customers who want to move,” Barton wrote in a letter to investors. “We now plan to focus our offerings on asset- and capital-light solutions.”

Barton said though the decision was painful, it was the most logical thing to do despite the flurry of emotions. He maintained that the company was still in a strong financial position with about $1.5bn in free cash flow.