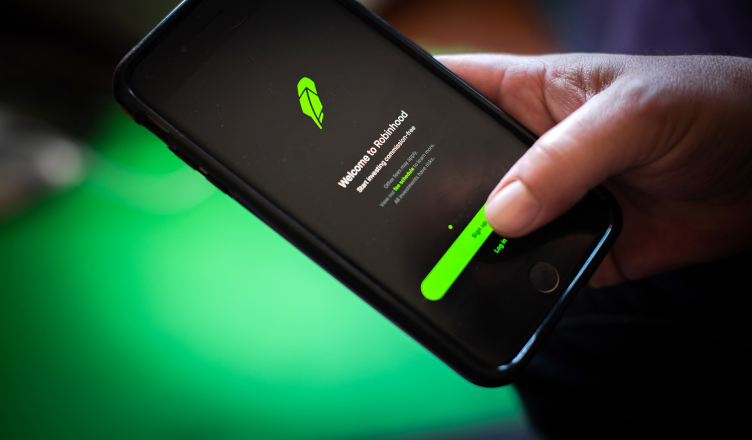 Shares of Robinhood (HOOD:NASDAQ) tanked by over 8% on Tuesday after-hours trading after the company reported a huge revenue miss for the third quarter. Robinhood reported a net loss of $1.32 billion, or $2.06 per share. Wall Street was expecting a loss of $1.37 per share.

The online broker generated $267 million in revenue for the quarter, far below Analysts’ forecast of $431.5 million. Though revenues increased 35% on an annualized basis, it was a long shot from the previous quarter’s revenue of $565 million.

Robinhood’s poor performance was caused by a drop in crypto trading. The segment generated only $51 million for the quarter, a far cry from the $233m it raised in the second quarter. However, crypto trading revenue is still up by 800% from the same quarter the year before. Options trading contributed $164 million, and equities trading added $50 million to transaction-based revenue.

The trading app also issued poor guidance for the next quarter, stating that it expects the headwinds that dragged down last quarter will persist into the end of the year, barring any change in the market environment.

Robinhood has been one of the most controversial stocks on the market given its role in the WallStreetBets saga and its perception by wall street as a meme stock. Strategists have repeatedly questioned the ability of the company to build a sustainable cash flow in the long term. One of the areas of concern has been the company’s revenue growth which is was given a boost by interest in meme-inspired dogecoin. This quarter’s performance seems to reinforce the growing skepticism around the stock.

Perhaps there may be some breathing room for Robinhood in the coming quarter. The rise in cryptocurrency in the third quarter may give the company a boost. Bitcoin and Ethereum have risen by 40% and 34% within the last month. This bullish run would lead to renewed interest in crypto trading.

The trading app is trying to build an eco-system around cryptocurrency, that could provide a fundamental thesis for investors looking for value in the stock. CEO and co-founder Vlad Tenev stated, “This quarter was about developing more products and services for our customers, including crypto wallets.” Such products would give more bring more firepower in terms of revenue for the company. Already 1 million subscribers on the platform are on the waitlist for a crypto wallet.

However, this short-term catalyst should be mistaken as a long-term tailwind. The crypto space is increasingly getting crowded as more players are getting in to have a bite. There is growing institutional interest in cryptocurrencies, especially from traditional finance institutions. Just recently, crypto adherents witnessed a major milestone when the ProShares Bitcoin Strategy ETF (BITO: NYSE) began trading in the US financial markets.

The FDIC chair Jelena McWilliams stated that U.S. bank regulators were looking into how banks could hold BTC in custody to facilitate client trading, use it as collateral for loans, or even hold them on their balance sheets. As more money managers continue to fashion out more ways to give investors exposure to the digital asset, this would eat into Robinhood’s share of the market.

For now, it appears the meteoric growth of Robinhood is fast sizzling out. No doubt, the company has its work has a lot of window dressing to do to make the stock attractive to long-term investors.