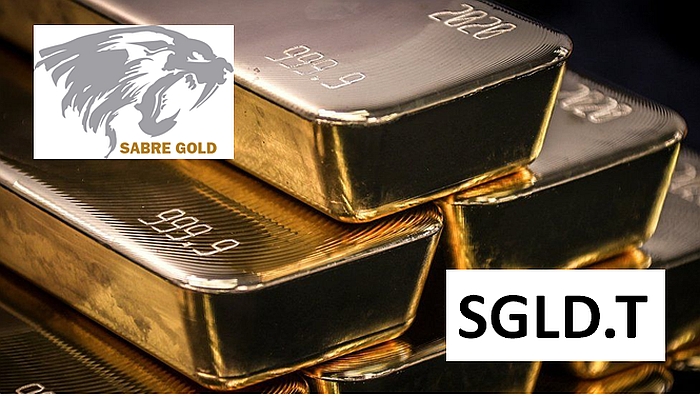 Based on January 18, 2022 market cap of CND $44 million, the SGLD gold-in-the-ground (Measured/Indicated/Inferred) is valued at less than USD$12/ounce on two brownfield former producing gold mines.

“The PEA and initial results confirm our plans to move to resumption of production at Brewery Creek with what will be low re-start capital with attractive economics which we believe will be further enhanced in 2022,” stated Giulio T. Bonifacio, President and CEO of Sabre Gold.

Excellent expansion potential to extend mine life and annual production with three open prospective resource areas and several targets within a 182 square kilometers project boundary; and,

Lower technical and execution risk as a past brownfields producer with existing infrastructure and road access from previous mining operation.

A PEA answers the question, “How best can this deposit be exploited to maximize its profits for investors?” Unlike more advanced studies, a PEA can use inferred resources for its operational and financial modeling.

A positive PEA will typically create an upward re-valuation of the company.

During the same time-frame, the macro arguments for gold investment have become more compelling.

“The COVID pandemic has added $24 trillion to the global debt mountain over the last year a new study has shown, leaving it at a record $281 trillion and the worldwide debt-to-GDP ratio at over 355%,” reported Reuters in February, 2021.

Most of that global debt is based on fiat currency (paper money), which is being printed 24/7 to bail out insolvent governments. The U.S. government has run out of money, there is no modeling that shows how that debt can ever be repaid.

A glance in the rear-view mirror, gives context to Brewery Creek’s production potential.

“The Brewery Creek Mine reached commercial production in May, 1997,” reported a Yukon Geological Survey.

By 1999, Brewery Creek was Yukon’s only full-time gold producer.

“Production to the end of September, 1999 from the heap leach gold mine located east of Dawson City, was 34,682 ounces at a cash cost of US$289 per ounce,” reported the Yukon Exploration and Geology (YEG).

“Reserves at Brewery Creek were 11.8 million tonnes grading 1.13 grams/tonne at the beginning of 1999, based on a gold price of US$375 per ounce,” continued the YEG.

The current PEA uses foundational data, inherited from the predecessor company that was working on a feasibility study.

“Sabre Gold intends to move to a feasibility level study upon completion of the advancement of key opportunities,” stated Bonifacio, “Our permitting efforts will also now focus on expanding the previously permitted area for purposes of allowing for increases to our annual production profile.” 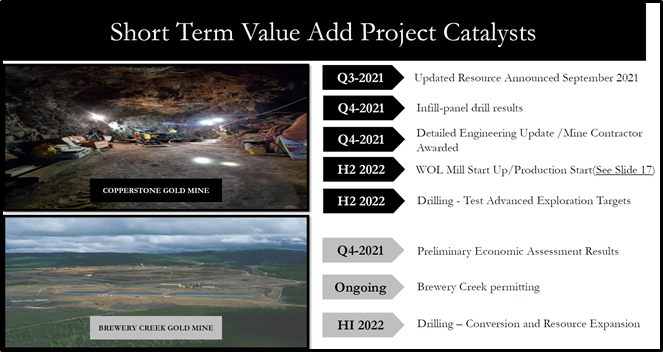 The Brewery Creek Project lies with the traditional territory of both the Tr’ondek Hwech’in and the First Nation of Na Cho Nyak Dun (NND).

“Community and First Nation engagement has been a strong component of the Brewery Creek Project dating to the initial mine operator, Viceroy Resources,” states SGLD.

“In 2016 Golden Predator updated and modernized the Socio-Economic Agreement with the Tr’ondek Hwech’in (TH), which addresses environmental responsibilities, permitting, education and employment as well as preferential contracting opportunities and wealth sharing,” added SGLD.

“We’re talking to the Tr’ondek Hwech’in this week,” Bonifacio told Global Stocks News on January 17, 2022, “They have been very supportive. The President of our predecessor company is from the Yukon and nurtured this relationship. They are, and will continue to be, an active participant.”

It will cost about $105 million to build the Brewery Creek mine.

“At $1,700/ounce gold, the PEA anticipates a payback period of 2.6 years,” states Global Stocks News CEO Guy Bennett, “For any institutional investor or merchant bank, the quick pay-back is a de-risker.

“Most of the Directors and Officers are also significant shareholders,” stated Bonifacio, “We have a lot of skin in the game. We’ve written some big checks, and we will continue to do so as needed.”

According to filings on Canadian Insider, between November 21, 2021 and December 7, 2021 Bonifacio purchased 539,000 SGLD shares on the open market.