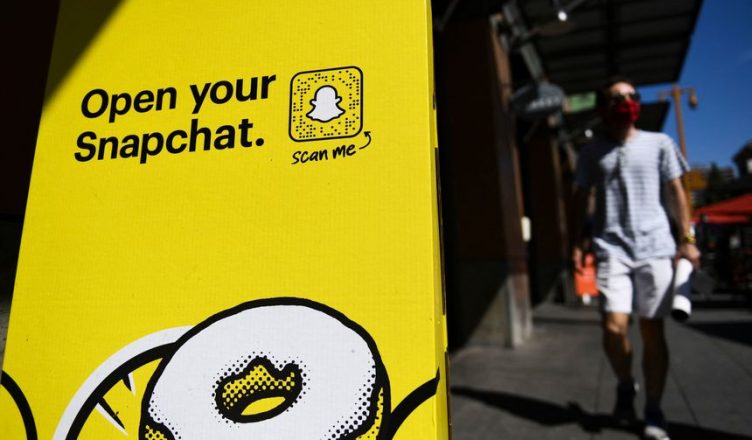 Shares of Snap (SNAP:NYSE) plummeted more than 25% in extended trading on Thursday after the social media company reported weaker-than-expected revenue for the third quarter. It’s Wall Street’s first peak into the current state of the struggling online ad market.

Snap reported its slowest revenue growth as a public company for the latest quarter, and forecast no revenue growth for the typically busy holiday quarter. nap said it generated $1.13 billion in sales in the most recent quarter, or 6% above the year-earlier figure. This is the first time Snap’s revenue growth has dipped into single digits since the company’s public market debut in 2017. The platform’s Daily Active Users (DAUs) in the world came in at 363 million versus 358.2 million expected.

Daily active users increased 19% year-over-year, showing the company is still able to attract people to the service despite the struggles on the business side. Average revenue per user (ARPU) was down 11% to $3.11.

In August, Snap announced that it would lay off 20% of the company’s roughly 6,000 employees as part of a major restructuring plan. Severance and related costs made up a big part of the restructuring charge in the period.

“Our revenue growth continued to decelerate in Q3 and continues to be impacted by a number of factors we have noted throughout the past year, including platform policy changes, macroeconomic headwinds, and increased competition,” Snap said in its letter to investors. “We are finding that our advertising partners across many industries are decreasing their marketing budgets, especially in the face of operating environment headwinds, inflation-driven cost pressures, and rising costs of capital.”

Snap also said that it wouldn’t give guidance for the fourth quarter, marking a second consecutive period in which it’s chosen not to offer a forecast.

“Forward looking revenue visibility remains incredibly challenging, and this is compounded by the fact that revenue in Q4 is typically disproportionately generated in the back half of the quarter, which further reduces our visibility,” the company said.

Snap added that revenue growth is likely to keep decelerating in the fourth quarter, as that period “has historically been relatively more dependent on brand-oriented advertising revenue,” which declined in the latest period.

Apple’s (AAPL:NASDAQ) 2021 privacy update to iOS remains a barrier in Snap’s ability to track users across the web, thus weakening its online advertising business. Rival social media companies, most notably Facebook (META:NASDAQ), have been similarly hurt by Apple’s changes. Facebook parent Meta reports quarterly results next week. The economic slowdown and potential for recession has also led many advertisers to pause or reduce spending on their campaigns.

Snap shares have lost over three-quarters of their value this year and are down more than 30% since July, when the company reported second-quarter results that missed on the top and bottom lines. Should the stock close on Friday at its after-hours level, it would be the lowest since early 2019.

As in the second quarter, Snap’s board authorized a stock repurchase program of up to $500 million. The company had $4.4 billion in cash, cash equivalents, and marketable securities as of Sept. 30.

Snap said during the quarter that, as part of its plan to reduce costs, it would shutter several expensive projects, including its Pixy drone, which it planned to sell for $230. Snap also ended the production of its Snap Originals premium shows.

In Thursday’s release, Snap said that its Snapchat+ subscription service “reached over 1.5 million paying subscribers in Q3 and is now offered in over 170 countries.” Snap debuted the subscription service in June as a way for users to access exclusive and pre-release features for $3.99 a month.