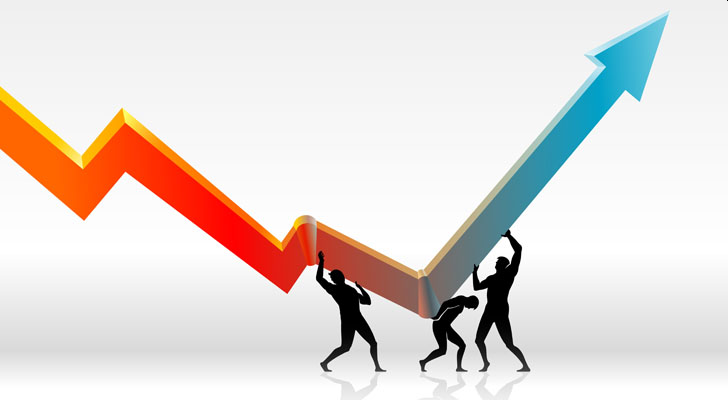 US equities recovered on Tuesday, erasing a chunk of the losses from Monday’s sell-off. Indexes opened higher as investors loaded up on shares whose prices cratered a day earlier. The Dow rose 1.6%, the S&P 500 gained 1.5%, while the tech-heavy Nasdaq Composite added 1.6%.

This was a contrasting performance to the previous day when the U.S. stock market posted its worst day since October last year after fears of the Delta variant spooked investors and sparked a sell-off in equities.

After a springtime respite, Covid cases are beginning to rise globally. Infection cases are spiking in all 50 states in the U.S., with some cities already considering reimposing mask mandates on residents. The delta variant now accounts for 83% of all Covid cases in the United States.

This has prompted the cancellation of events with some companies such as Apple (APPL:NASDAQ) putting off a return to the office for staff to the latter part of the year. This may be one of the first signs investors fear would begin a lockdown domino effect.

This added further fuel to a market that was already being cornered by inflation. Though Federal Reserve Chairman reiterated the fact that inflation has been cautionary, the economic data has been different. The inflation gauges – PPI and CPI – have both been sizzling hot, showing that inflation has risen to its highest level in over a decade.

The producer price index increased by 7.3% on an annualized basis after it jumped 1% from May. The U.S. Labor Department had earlier reported that the Consumer Purchase Index increased by a5.4% year, its biggest move since 2008.

Investors are growing concerned that rising prices would dampen consumption and force the central bank to withdraw stimulus, thereby creating an environment of lower growth and higher inflation in which stocks tend to struggle.

In a bid to insulate their investments from inflation, investors have sought the safety of government bonds, forcing yields on the asset to fall to record levels. Yields on the 10-yr Treasury notes fell to as low as 1.2%, its lowest level since February.

Tuesday’s rally perhaps buttresses the notion that the market still has a strong bullish undertone to it. Many investors still view the equities market as the best place to put their money to work. Even with Monday’s dramatic sell-off, major indexes were still about 3% from record highs.

One factor which can explain Tuesday’s resurgence is that economists and financial analysts do not expect a full lockdown as was witnessed last year. Over 90% of those infected with the delta variant are unvaccinated. It is assumed that as more people get vaccinated, this would catalyze the reopening of the economy.

The second factor which can explain Tuesday’s rally is earnings expectations. Forecasts for earnings have risen with analysts estimating that profits for S&P 500 companies rose by 70% in the second quarter on an annualized basis. With stocks trading at higher multiples of their projected earnings, increased profits would make shares look less expensive at current valuations.

If inflation continues to heat up with the Fed maintaining its dovish stance, and the delta variant continues to affect economic activities, then investors may have to brace themselves for a more frantic sell-off.