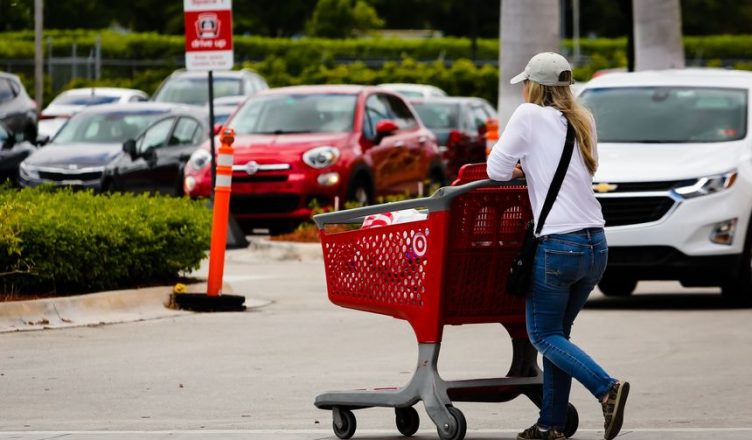 Shares of Target (TGT:NYSE) fell about 22% in premarket trading on Wednesday after quarterly earnings fell far below Wall Street’s expectations. Pricey freight costs, higher markdowns and lower-than-expected sales of discretionary items from TVs to bicycles weighed on retailer, known for its cheap chic brands of apparel, home decor and more

Comparable sales, a key metric that tracks sales at stores open at least 13 months and online, grew 3.3% in the first quarter. That is on top of a 23% increase in comparable sales in the year-ago quarter and it is higher than Wall Street’s projections for 0.8%.

Even so, CEO Brian Cornell said the company missed the mark as its gains were accompanied by unusually high costs. “While we saw healthy top line growth in the quarter, we were less profitable than we expected to be or intend to be over time,” he said during the earnings call with reporters.

Among the challenges, Target said profits got hit by inventory that arrived too early and too late, compensation and headcount that rose at distribution centers, and a mix of merchandise sales that looked different than before. Target said it had no plans to cut its planned annual capital expenditure of $4 billion to $5 billion. It has opened seven new stores so far in 2022 and plans to open 30 throughout the year.

Mr. Cornell said customers were buying fewer big items such as bicycles, TVs and kitchen items than in the past two years. Shoppers are “moving from buying small kitchen appliances and maybe replacing that with gift cards to restaurants and entertainment as they return to a more normalized lifestyle,” he said. Cornell also warned that cost pressures “will persist in the near term,” stressing that some are beyond the company’s control. One of those factors being the price of gas,

A year ago, shoppers had extra dollars in their pockets from stimulus checks and reflected a sense of optimism with their purchases as they got their first Covid-19 vaccines. Target and other retailers had benefited from rising sales of higher-margin goods such as kitchen appliances, television sets and furniture during the pandemic, and profits increased.

Revenue for the tech giant rose by about 7% for the January-to-March period, the slowest pace in about two decades as consumers returned to prepandemic habits and spent more money in person at stores. It lost $3.8 billion in the quarter, compared with a profit of $8.1 billion a year ago, when a surge in online orders due to the pandemic lifted Amazon’s prospects.

With more Fed hikes expected, and the possibility of the US economy going into recession, this would certainly weigh more on consumer spending and the revenue of retailers. Shares of Target fell 1.41% on Tuesday closing at $215.28 per share.