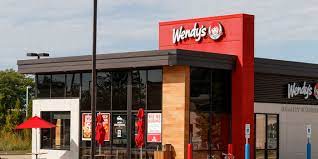 Shares of Wendy’s (WEN:NASDAQ) surged by as much as 25% on Tuesday after a post on WallStreetBets touted Wendy’s as “the perfect stock”. Until then, shares of Wendy’s had traded largely flat for the year.

Data collated from Yolosocks.live, a website that tracks real-time mentions on stocks within Reddit’s r/wallstreetbets chatroom, indicated that Wendy’s is now the sixth-most discussed stock among the platform users

In what may be described as a déjà vu for meme stocks, Analysts and industry watchers were once again perplexed by the upward price movement of the stock. Not only is the astronomic rise disconnected from fundamentals, but Wendy’s does not suit the profile of a meme stock.

Short sellers have lost over $1 billion shorting stocks such as AMC and GameStop. However, only 6.04% of its outstanding shares are sold short which indicates that Wall Street is not betting against the stock.

Secondly, Wendy’s has a workable business model and is fits appropriately into the reopening play which is currently dominating the stock market. The restaurant chain’s same-store sales for Q1 2021 in the United States surged by 13.5%. Digital ordering and sales from its premium chicken sandwiches increased the company’s topline. Wendy’s same-store sales internationally rose 7.9%.

Wendy’s raised its full-year profit forecast following stronger-than-expected first-quarter earnings. The restaurant chain is primed to benefit from the return of workers as the economy opens up which could further drive sales. The company is also expanding having opened its first restaurant in the United Kingdom.

As such, it appears that retail traders have found a fundamentally sound stock to pump, unlike their modus operandi with other meme stocks. This has made Wendy’s appetizing to traders looking to make a quick buck based on the price action and seemingly good prospects.

The reality is that Wendy’s like other meme stocks is trading at levels that are far disjointed from its fundamentals. The stock was one of the laggards in the market last year when compared to its peers such as Chipotle (CMG:NYSE), McDonald’s (MCD:NYSE), and Domino’s Pizza (DPZ:NYSE).

Though the company posted an increase in sales, this increment was a paltry 3%. Considering the fact that the stock is trading at a notably high price-earnings multiple for a meager growth, this makes Wendy’s relatively expensive when compared to other stocks in its group, and therefore less attractive.

Analysts would be closely watching this stock to see how the market reacts to the surge. While some believe that this may be the doing of the retail hoard, others have chosen to adopt a contrarian view.

Unlike the popular notion which sees WallStreetBets as the culprit, some believe that hedge funds are in on the frenzy too. As previously stated, Wendy’s does not suit the profile of a meme stock.

The move by Mudrick Capital on AMC which saw the hedge fund sell over 8 million shares for a $200m profit after holding the stock for less than 24 hours suggests that there may be hedge funds that may be taking advantage of the meme mania on Redditt and other social media platforms to move the stock.

Though the losses incurred by hedge funds are well documented, there seems to be no clue on how much profit hedge funds have made.

Investors should resist the urge of taking the bait and going all-in on Wendy’s. The only thing that is appetizing about the company, for now, is its famed chicken sandwiches.